The GES helicopter rescued the victim, who was in cardiorespiratory arrest 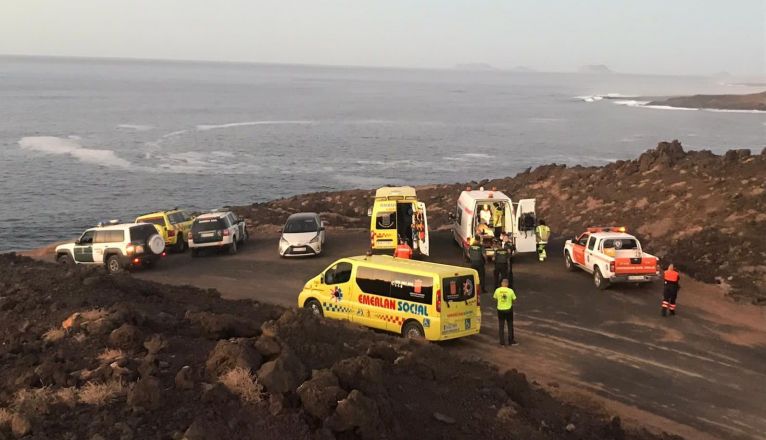 A 45-year-old man has drowned on La Laja del Sol beach in the municipality of Tinajo. The event took place around 4:55 p.m. on Tuesday.

At that time, the Emergency and Security Coordination Center received an alert in which it was reported that a man had been swept away by the current on that beach.

A GES rescue helicopter, a medicalised ambulance from the Canary Islands Emergency Service, Emerlan, the Lanzarote Emergency Consortium, the Local Police and the Civil Guard have traveled to the place.

The GES helicopter rescued the victim, who was in cardiorespiratory arrest, and took him to the ambulance. Once on the ground, SUC personnel performed unsuccessful advanced cardiopulmonary resuscitation maneuvers, finally confirming his death. His nationality has not been confirmed.