A 61-year-old man has died in a traffic accident in the municipality of Tinajo, which has also left three other injured, one of them very serious. The event took place around 17.47 hours on Tuesday, when two cars collided head-on shortly before the La Vegueta crossing. 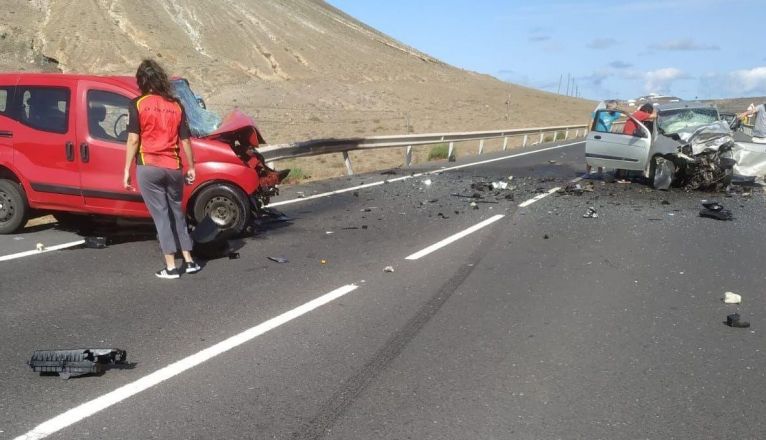 In one of them the driver was travelling alone, who has been transferred to the hospital in critical condition, and in the other car there were three people, including the deceased. The other two occupants of that second vehicle also had serious injuries, but not life-threatening, as specified by the Safety and Emergencies Consortium. 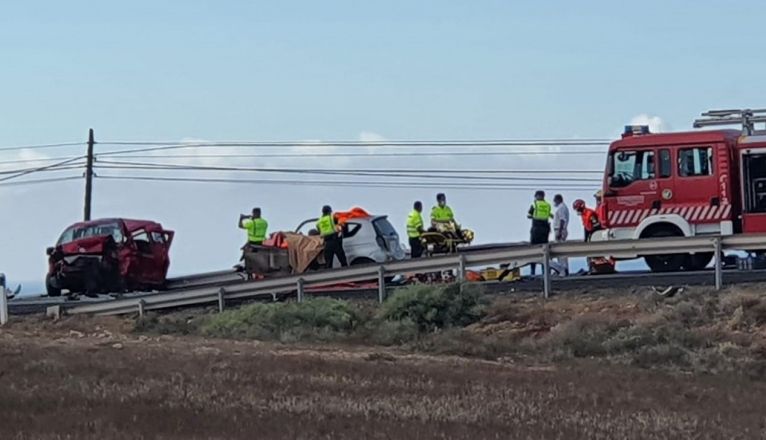 In addition, firefighters had to intervene to remove the occupants of that vehicle and the dead victim, whose body had been trapped inside the car. Finally, at around 8.30 pm, the body was removed by the judicial authority.

Two ambulances from the Canary Islands Emergency Service travelled to the incident, as well as agents from the Local Police and the Civil Guard, who have had to stop traffic for several hours.

As for the injured, the most serious is a 22-year-old young man who was travelling alone in his vehicle, and who had to be recovered from a cardiorespiratory arrest at the scene of the accident by the staff of the Canary Islands Emergency Service.

The others are two 41-year-old men who were with the deceased. Both had severe multiple injuries and have also been taken by ambulance to the Molina Orosa Hospital.

The 22-year-old who was travelling in the other vehicle has died in the hospital, Juan Hernández, his family are closely linked to the world of sport and in particular to Canarian wrestling.

His father, Juan Gabriel Hernández Díaz, died just over a year ago, and tragedy now strikes this family again. Juan Gabriel was secretary of the Canary Island Wrestling Federation of Lanzarote and was also linked to other sports, even becoming a director of the UD Lanzarote.

In February 2020, the wrestling world paid him an emotional tribute in which his children participated, including Juan himself, who has now died from this accident. That ceremony was also attended by the daughter of the honoree and Juan's sister, Isabel Hernández, well known as a basketball player.