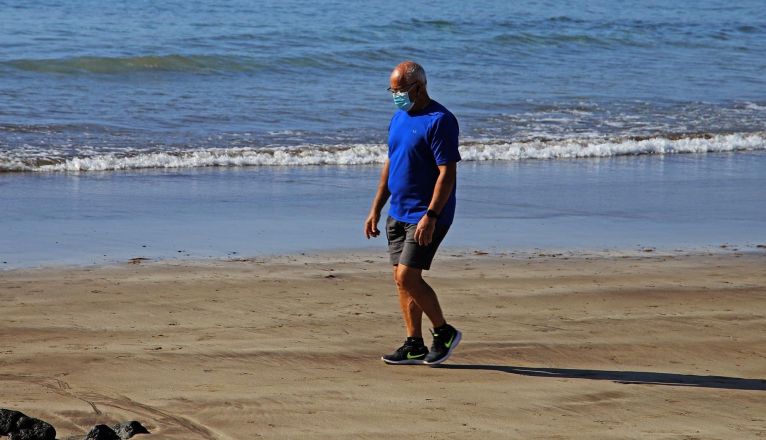 "The numbers of infections bring us dangerously close to the peak experienced during the summer but with a crucial difference is the number of people over 65 who are being infected," she warned, stressing that this makes the data much more worrying.


"This rate of incidence in people over 65 years of age particularly worries us, because they are much more vulnerable to the effects of Covid,"

In the case of Tías, she explained that they are experiencing the “most worrying” situation , since of the confirmed cases in the last two weeks in the municipality, “67% correspond to those over 65 years of age”. "Out of every three infected people, two are over 65 years old," she stressed. And a similar situation exists in Arrecife, where that percentage reaches 64%.

"San Bartolomé is in third place in this worrying ranking," he added, noting that in this municipality, 60% of infections have occurred "in the most vulnerable age group." Behind is Yaiza, with 55%.

As for the other three municipalities of the island -Teguise, Tinajo and Haría-, the president has referred to the data of the past day, when none had registered cases in greater in the previous two weeks. However, in the latest detailed report from the Ministry of Health released yesterday, the situation has changed, since the previous day cases were also detected in the elderly in Teguise and especially in Tinajo.

"Unfortunately we have not yet reached the peak"

"These are worrying figures, both the level of infections and that of older people affected. Working on these figures also implies the need to make an extraordinary effort on the part of health personnel ”, said the president, pointing out that only on Monday 535 people who had had close contact with a positive had to be followed up, and that this This figure has risen to "almost 700 new contacts" this Tuesday.