In October, the Navy gave Recuperadora Lanzaroteña a document that can be interpreted as the definitive permission to proceed with the scrapping of the remains of the 'Telamon', a ship in ruins next to the pier of Los Mármoles de Arrecife and Las Caletas. The agreement, of the Delegated Board of Disposals and Liquidation of Material of the Canary Islands, is given to the same entity that had already been given the placet in 2019, which later did not materialize for administrative reasons. 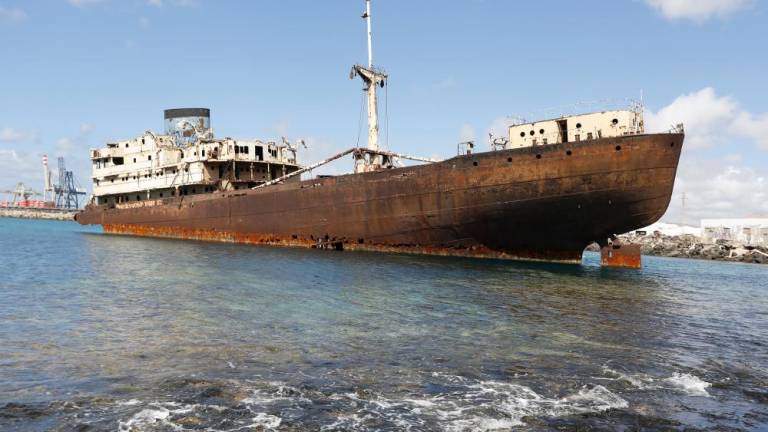 The obstacles that forced the contest to be declared void have finally been solved, a circumstance that has prevented the execution of the new contract.

Officially, the existence of tons of iron has been verified, ruling out "the presence of other materials such as bronze or brass", according to military reports. Salvage Items include a branch of the ship's chain, three generators and a main propulsion engine, numerous winches, bitts and winches in the area of the bow wreckage, at least two wooden logs, one of the masts. The bow is in good condition at the bottom, the main propeller shaft of the ship without propeller, frames / structure and bilge of the ship, at least two 100-liter air cylinders, rudder and small fishing nets with numerous ropes . 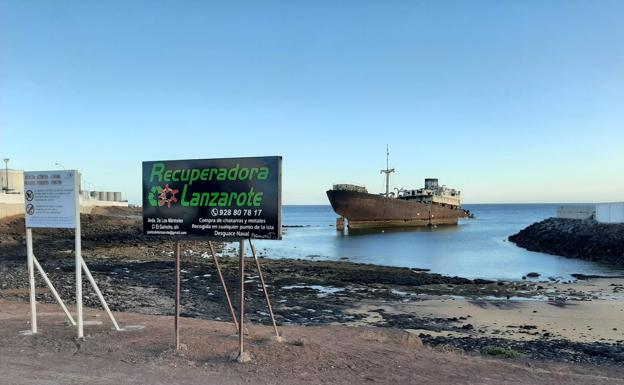 40 years since the shipwreck

This autumn marks the 40th anniversary of the shipwreck which was launched in Scotland in 1957, to be destined for cargo work. The 'Telamon' suffered an accident on October 31st, 1981, with 29 crew members, all rescued unharmed, when covering a shipment of wood to the European continent from Ivory Coast. It suffered a leak that forced a transfer to the rear of the port of Los Mármoles, where it still remains, in a state of ruin and polluting.

To avoid mishaps with bathers and divers, who are still visiting the ship, a perimeter barrier was placed by the Las Palmas Port Authority in 2019. The investment was 15,000 euros.

It so happens that the operator selected by the Navy is the same one that was once chosen by the Las Palmas Port Authority, before there was any military interest in taking part in the process.