The 48.53% of positives in Lanzarote Covid cases correspond to tourists , as confirmed by the Voice from the Health area of Lanzarote. "The summer average has been increasing," pointing out that the percentage started with about 28% and now is already close to 50%. 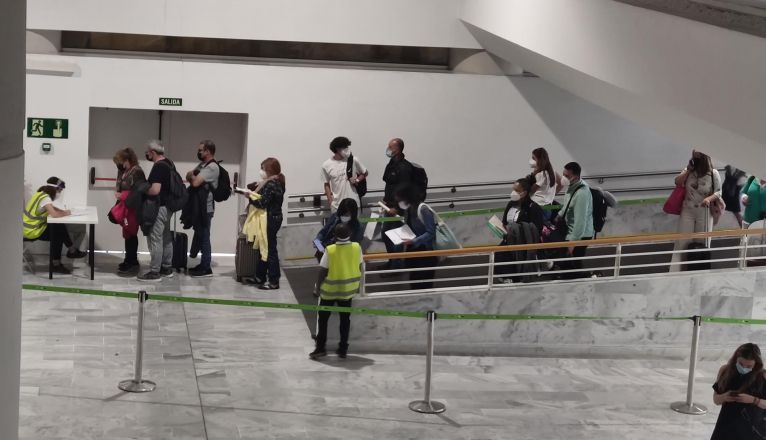 In fact, of the 19 positives notified this Monday, 10 corresponded to people who were on vacation in Lanzarote . That caused the peak recorded on that day, when the average had been below 10 daily cases and even with only one the day before.

Already last Easter, this increase in tourist cases was noted, reaching 40%, although now that percentage is being far exceeded, as the influx of visitors to the island has also increased.

Until this summer, excluding the periods of greatest tourist activity, the average had been around 12%, since the previous tests that are required to enter the island have never completely stopped the arrival of imported cases.

The positives of pateras are out of the statistics

As for the positives detected in migrants arriving in boats, they are not included in the general statistics, as La Voz had already reported. This has been confirmed again by the Ministry of Health, which explains that these cases are counted separately . These people are isolated from their arrival until they are tested, so possible local infections are ruled out.

By understanding that they do not influence the level of risk of the island, an independent count of these cases are kept, so as not to affect the indicators of accumulated incidence in the archipelago.