The demolition of the building is being carried out on plot 210 of Costa Teguise, in the vicinity of the La Mareta residence. The company Armadores de Puerto Rico SA undertook in writing addressed to the City Council on February 7, 2022 to carry out the demolition of the skeleton, whose license was annulled by the Superior Court of Justice of the Canary Islands (TSJC) in December 2007, returning the plot to its original state. 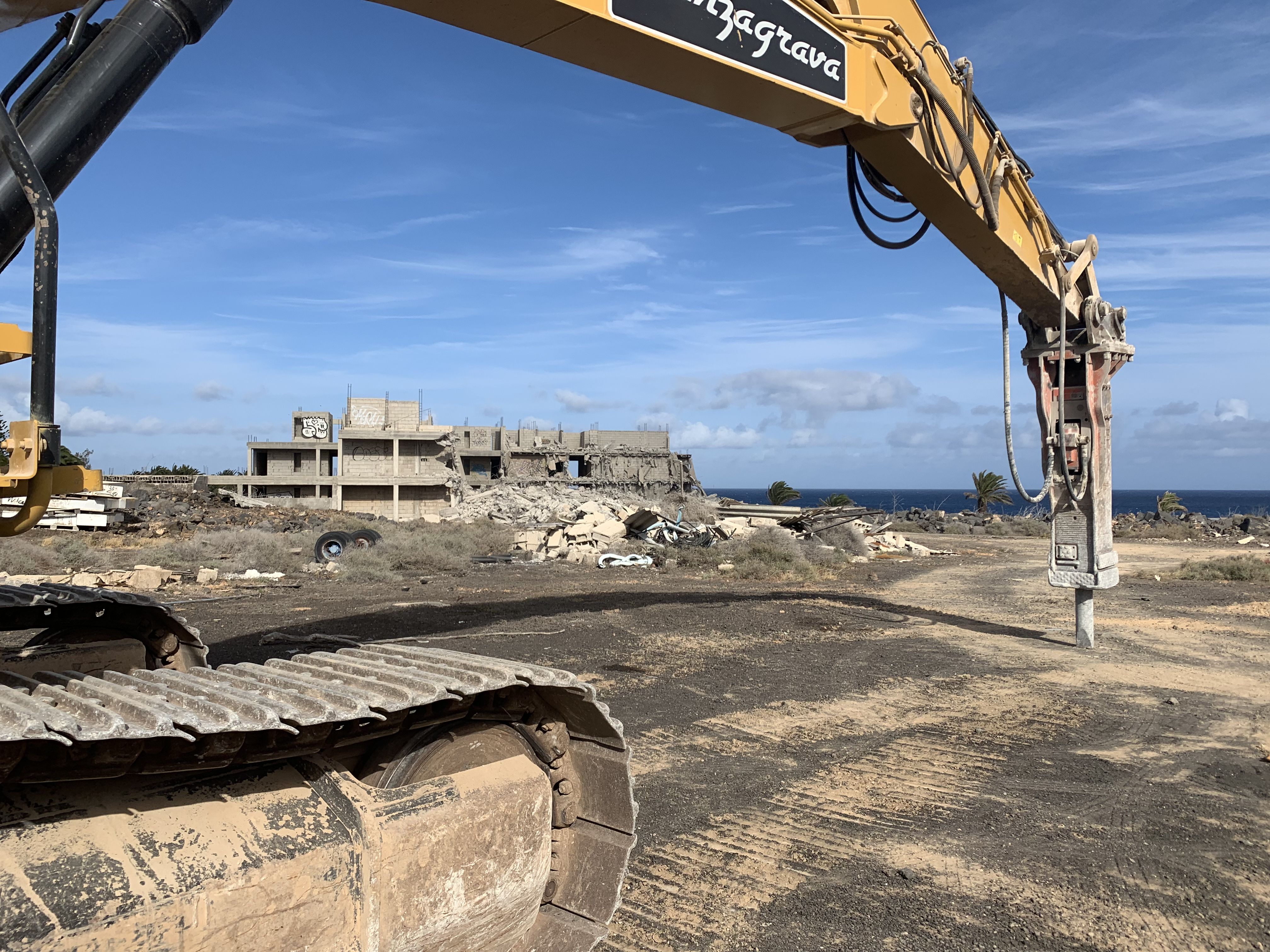 The illegal license for the building that is now being demolished was granted for a 599-bed hotel and its execution was stopped by the courts. The annulled planning permission fails to comply with the Insular Planning Plan (PIO) of Lanzarote.

"Time proves us right, it wasn't that difficult to send a building to the ground and restore legality", underlined Marcos Bergaz, who added: "With these buildings we have always said that the cost for Costa Teguise and the citizens was the bad image , the social problem and the loss of competitiveness that they cause in the main tourist town of the municipality, something in which we reaffirm ourselves”.

“From the socialist ranks we have been belligerent with this matter, and we hope that it will be a turning point to break with the past and restore legality in all the plots affected by buildings that should never have been built”, added the socialist leader in the municipality from Teguise.

It should be noted that the illegal licenses granted in Costa Teguise were not only annulled by the courts in the contentious-administrative process, but were also prosecuted in the criminal sphere, in the framework of the Yate case, for the illegal granting of licenses for 1,800 tourist places.

“From the PSOE”, highlights Bergaz, “we believe that the public should be informed of relevant events, such as the demolition of one of the buildings of Costa Teguise, since the City Council, which in the hands of Oswaldo Betancort does not, just another example of lack of transparency”.

Get rid of this eyesore and soon, start investing in tourism which is what Costa Teguise is all about!