The Canary Islands will receive this Tuesday the first doses of the Astrazéneca vaccine, which has been the last to be authorized and which in Spain will only be administered to people between 18 and 55 years old, because it is considered that its efficacy and safety in people is not properly proven. 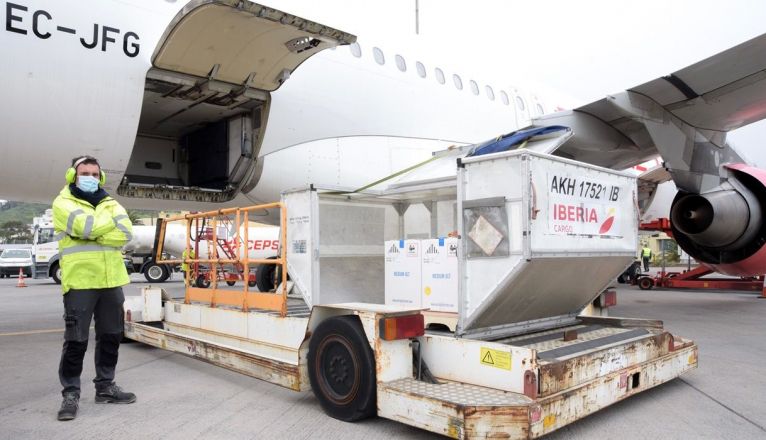 In total, 8,900 doses from this laboratory will arrive this week in the community, in addition to 4,180 from Moderna and another 14,040 from Pfizer, which have already been received this Monday. Among the three laboratories, the archipelago will have 27,120 doses of weekly shipments, when it would need 30,000 per day to meet the vaccination goal, according to the president of the Canary Islands, Ángel Víctor Torres, last week . Thus, if the supply continues without notably increasing, it becomes increasingly difficult to reach summer with 70% of the population vaccinated.

As reported on Monday by the Ministry of Health, so far 85,412 doses of vaccines against Covid-19 have been administered. Following the Vaccination Strategy, almost all of group 1, users and workers of the social health centres, have already been vaccinated with a second dose, and the administration of the second dose to the staff of the Canary Islands Health Service (SCS ) that makes up groups 2 and 3, and since last week the health personnel of the subsidised centres are being inoculated.

Lanzarote is still not containing the chain of infections and this Monday has added 66 new confirmed cases, when the third week is still at alert level 4. The figure is the highest since last January 30th, after nine days in which daily cases had been slightly reduced.