The indicators for Tenerife and Fuerteventura continue to rise and are already at alert levels 3, and approaching 4 in the case of the island of Fuerteventura. The average occupancy in the ICU in the archipelago is also at high risk 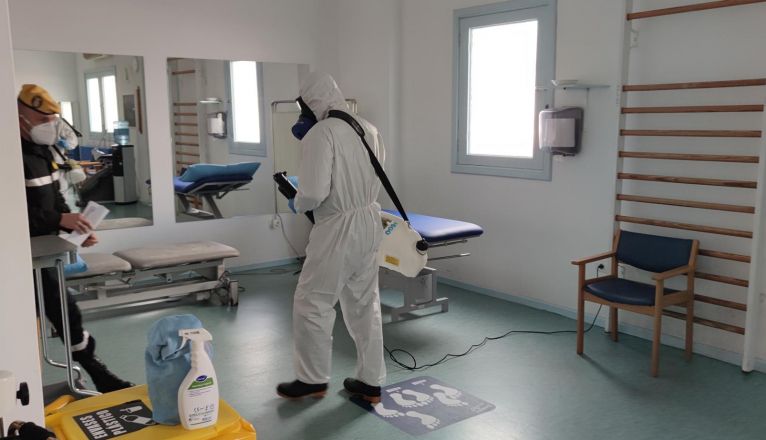 The Canary Islands has remained in the last year as one of the communities with the fewest cases of Covid in relation to its population, but that trend has changed with the containment of the third wave. Just a few weeks ago, the archipelago was the region with the fewest cases in Spain, and now it still exceeds the country's average .

Regarding the incidence at 14 days, the Canary Islands are still a little below the average, but that could change shortly if the trend of the last week continues. According to the latest data from the Ministry of Health, the average cumulative incidence in Spain in 14 days is 127 cases per 100,000 inhabitants and 124.64 in the Canary Islands.

The reason for this change in the Covid map of Spain is in the drastic decrease that the rest of the communities have achieved, while the Canary Islands have not joined that decrease and even continue to suffer slight rebounds. The archipelago has never reached the figures that have been given in the rest of the Peninsula, but it continues to move with similar figures after the passing of the Covid waves.

The reverse case of Lanzarote

After Christmas, it was Lanzarote that suffered the most critical situation, which did have data similar to those of the most affected areas of Spain. However, the situation in the archipelago has also changed radically.

It was not until last Friday when Lanzarote dropped from level 3 to level 2 , but for three weeks it had already had better indicators than most of the islands in the archipelago, with the exception of the occupation in the UCI . However, that has also been reversed and the data continues to worsen in Fuerteventura, Tenerife and Gran Canaria.

The incidence figures are not those that occurred in Lanzarote in the worst moments, but they have set off several alarms. In fact, both Fuerteventura and Tenerife present indicators to be currently at alert level 3 (according to the criteria set by the Interterritorial Health Council), and even Fuerteventura is dangerously close to level 4. From this Monday, both entered into a “reinforced level 2” , with additional measures to those that Lanzarote currently has, but without reaching the restrictions implied by alert 3, such as the perimeter closure of the island.