The archipelago no longer flies to Oslo, Rome, Venice, Budapest, Helsinki, Krakow, Moscow, Zurich or Reykjavik, among others. 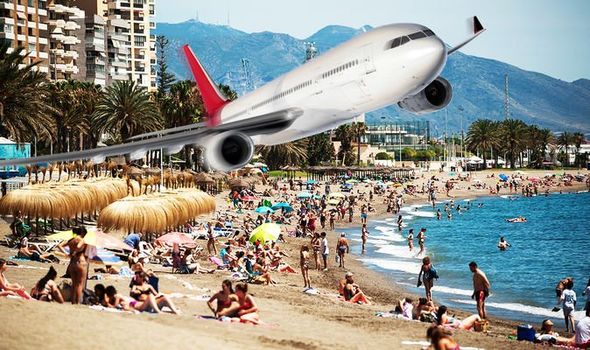 The halt that the airline industry has suffered as a result of covid and the restrictions, which has sunk demand, has resulted in the loss of thousands of air routes around the world. It is estimated that 7,000 air routes have disappeared in Europe alone.

In the case of the Canary Islands, air connectivity has been greatly affected by covid. The pandemic has almost halved the destinations to which you can fly from the Canary Islands. Of the 146 with whom there was a flight before covid between the islands and the peninsula and abroad, 74 remain, after having lost 72, as extracted from the comparison of the connectivity data of the corresponding Ministry of Tourism of the Government of the Canary Islands to February 2019 and February 2021. To those 72 we must add the routes now lost with Morocco as that country closes its borders again, bringing the figure to around 80 destinations.

Connections to these 146 destinations were operated by up to 44 airlines, bringing the number of total air routes to 732 per month. Now there are only 262, 64% less.

The Canary Islands have lost the following destinations, among others: Belfast and Cork (Ireland); with Oslo and Bergen (Norway); with Aarhus (Denmark); with Bologna, Pisa, Rome, Venice and Naples (Italy); with Budapest (Hungary); with Padernborn and Muenster, in addition to two of the three Berlin airports, Tegel and Schoenefeld (Germany); with Helsinki (Finland); Krakow and Katowice (Poland), Liverpool, Leeds (England); with Nice, Strasbourg and Toulouse (France); with Reykjavik (Iceland); with Porto and Ponta Delgada (Portugal); with Groningen, Rotterdam and Eindhoven (Netherlands); with Moscow (Russia); with Salzburg (Austria); with Kartstad (Sweden); with Vilna (Lithuania) and with Zurich (Switzerland), on the European continent.

With Africa, flights with the island of Sal (Cape Verde), with Dakar (Senegal), with Banjul (Gambia) and with Marrakech (Morocco), among others, have disappeared. Also with the American continent the route to the Plus Ultra company with Caracas (Venezuela) from Tenerife North is lost.

At the national level, routes such as Granada, Badajoz and Vitoria have also been lost.

If we go into the detail of the airports, the situation is even more bloody, especially on the islands of Lanzarote, Fuerteventura and La Palma. In the first two, the reduction of routes exceeds 70% and in the beautiful island practically 100% of those that had before covid have disappeared.

In addition to the aforementioned routes, Fuerteventura, which has seen its connectivity greatly reduced, also loses Amsterdam, Bordeaux, Dublin, Edinburgh, Glasgow, Stockholm, Prague, Luxembourg and Vienna, among others. Lanzarote has also lost specific routes such as Cologne, Leipzig and Marseille.

La Palma is the one that loses the most international routes compared to those it had. Flights to Manchester (England) and Munich, Stuttgart, Dusseldorf, Hannover and Hamburg have disappeared. Connectivity with Germany has been reduced to practically zero and with Berlin.