The Government of the Canary Islands has published this Monday, in an extraordinary BOC, the decree law that brings together all the measures to contain the Covid pandemic. In addition, it includes changes in all alert levels , expanding the number of people not living together in meetings, as well as the closing hours of the establishments. Likewise, in the text, which comes into force after its publication, the reopening of nightlife is allowed on all the islands. 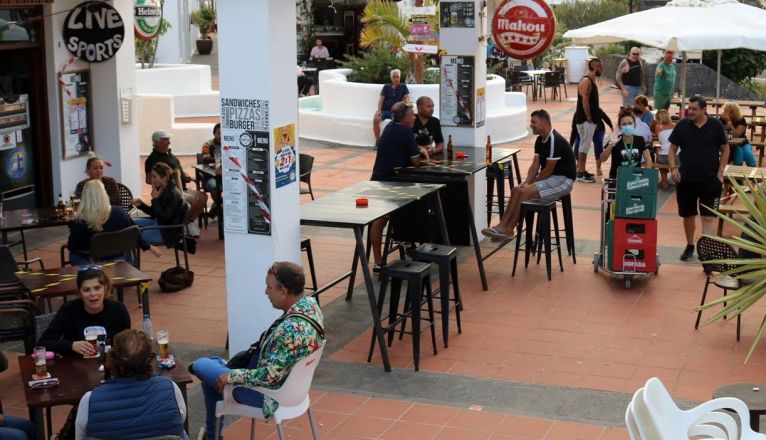 With regard to the islands that are in level 1, which are currently Lanzarote, La Palma, La Gomera and El Hierro, from now on the meetings may be of up to a maximum of 12 people who do not live together in both public and private spaces .

As for the closing time of the establishments, it has been set at 03:00, as long as it concerns businesses or activities that before the pandemic did not have a closing time set or that it was longer. For its part, 100% of the capacity will be allowed in restaurants with 75% indoors.

For the islands in level 2 , in which there are currently none, the maximum number of people not living together in meetings will now be up to a maximum of eight people and the businesses will be able to remain open until 02:00 hours. The capacity allowed in catering establishments will be 75% of that established in outdoor spaces and 50% in indoor spaces.

At alert level 3 , which now includes the islands of Tenerife, Gran Canaria and Fuerteventura, meetings of up to a maximum of six people are allowed and business closing hours are extended until 01:00. The capacity in the hospitality industry will in this case be 50% outdoors and 33% indoors.

Lastly, at alert level 4, meetings of up to six non-cohabitating people are allowed, as is at level 3, and the establishments may also remain open until 01.00 a.m. However, in this case, the capacity in the restaurants will be 75% outdoors and 25% indoors.

Nightlife venues such as discotheques, cocktail bars and karaoke bars may open at all alert levels , under the same conditions as other hotel and restaurant venues. However, dancing will not be allowed and those responsible for the establishments must carry out a registry of the attendees "for the traceability of infections and contacts" in case of registering infections.

The ban on smoking on the terraces is maintained

In addition, the decree maintains the prohibition of "tobacco consumption and the use of tobacco inhalation devices, water pipes, hookahs, shisha, or similar in all places of entertainment, leisure, hotels, restaurants and in any other type of establishment open to the public, even on the terraces ".

Likewise, smoking on public roads is also prohibited when "it is not possible to guarantee the maintenance of an interpersonal safety distance of two metres , as well as within a perimeter of at least 5 meters, with respect to access to non-university teaching centers. , health centers, social health, premises and establishments in which smoking is prohibited and with respect to the physical or virtual limits of playgrounds ".

Similarly, it is not allowed to eat and drink on public roads and in outdoor spaces when it is not possible to guarantee the maintenance of an interpersonal safety distance of two metres, except in groups with stable coexistence.