The Teguise City Council has requested the demolition of the uncompleted dwellings that are next to the old Hotel Oasis in Costa Teguise, as revealed by the mayor, Oswaldo Betancort. In addition, he has assured on Radio Lanzarote-Onda Cero that the Consistory will proceed to the fencing of two others. 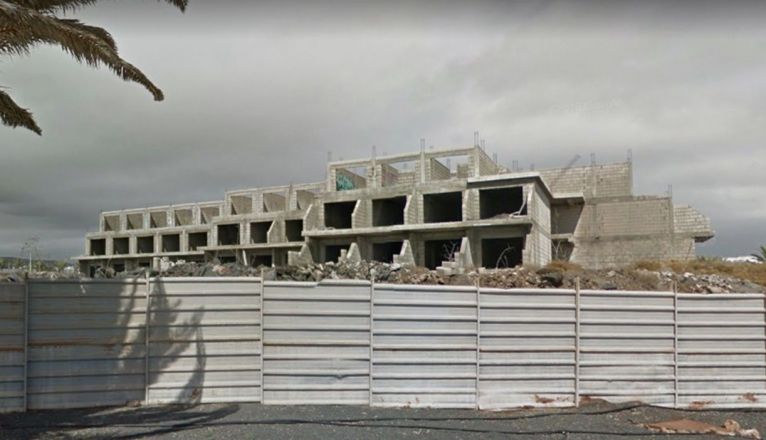 Regarding the site that is next to the old Hotel Oasis, Betancort explained that this plot was bought by the Barceló group, who intends to build "four or five luxury villas" on it, which will be called "Villas Las Maretas". However, on the plot an unfinished building work remains, on which a demolition order remains, which is the one that the City Council has asked to be executed, enforcing the owners to demolish it.

In addition, the mayor has detailed that this business group also intends to rehabilitate "the old Hotel Oasis and the Barceló Lanzarote", for which he has already presented a project. "The HIP group, which is the owner of the hotels, is very interested in investing. We are talking about large amounts of money in these three resorts.

Oswaldo Betancort. stressed that the important thing is we have not only that project, but several projects that want to invest in Costa Teguise".