The USCA and CCOO unions have called a strike of air traffic controllers in the privatized control towers of Spanish airports, including the Lanzarote airport , on January 30th and February 6th, 13th, 20th and 27th , after the failure of the negotiations of the IV collective agreement of the sector. 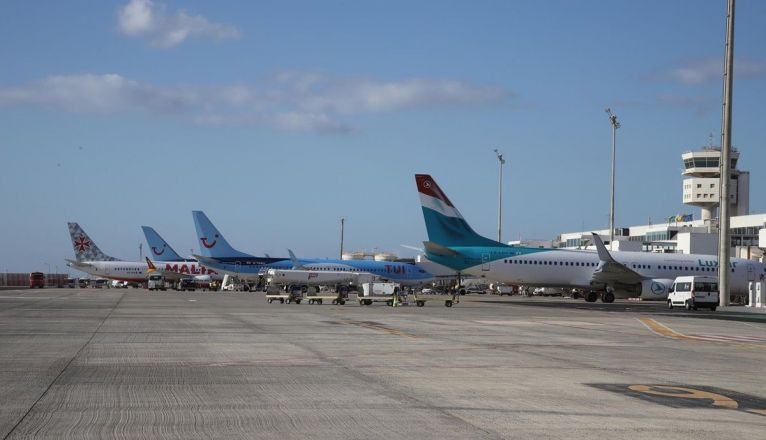 In addition to the Lanzarote airport, this call is aimed at professionals who provide control services in the towers of the airports of A Coruña, Alicante-Elche, Castellón, Cuatro Vientos, El Hierro, Fuerteventura, Ibiza, Jerez, La Palma, Lleida, Murcia, Sabadell, Seville, Valencia and Vigo .

These unions were negotiating the collective agreement with the business association APCTA, which includes the private providers of the liberalized market SAERCO and FerroNATS, but they have finally considered the negotiations broken.

These are five consecutive Mondays from January 30 and all professionals who have work shifts that begin between 00:00 and 24:00 on those days are summoned.

The announcement coincides with the inauguration of FITUR

As they have explained in a joint statement, both unions especially criticize the attitude of SAERCO, "opposite of reaching any type of agreement" and that it has "hindered" the union proposals from the outset, despite the fact that they have been reached with FerroNATS " significant commonalities ."

The unions also warn that "the system cannot work based on the efforts of a fatigued staff and with constant cuts in rights consolidated in the past."

In this sense, USCA and CCOO defend that closing a new agreement is particularly "necessary at this time of air traffic recovery , and even more so when the image of the country's main economic activity would be harmed by the level of delays at its airports. ".