At the current rate, it would take almost 6 years to vaccinate the entire population of the islands. The average received is 2,000 daily doses and the President of the Canary Islands has stressed that 30,000 would be needed to reach 70% in summer. 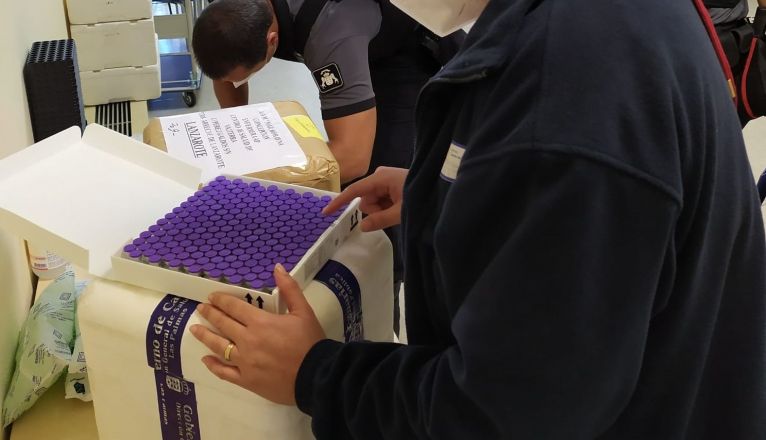 fifteen times more than what has been received so far , which makes it increasingly clear that this goal will not be achieved.

Vaccination which began almost a month and a half ago and the archipelago has only received about 82,000 doses, according to the latest data from the Ministry of Health. Meaning that in 41 days The Canaries have received the doses that were expected for less than three days supply. This means an average of about 2,000 daily doses, compared to the 30,000 that would be required for each day.

According to Torres, there are currently 50,000 canaries that have received the first dose and 20,000 have already received the second, when the archipelago's population exceeds two million inhabitants. Following the current rate and until the supply of vaccines is increased, it would take almost six years to vaccinate the entire population of the Canary Islands with the two necessary doses.

Obviously, this situation will not happen because at some point the production of vaccines will increase and because new ones will continue to be authorised, but the big question is when the pace will begin to accelerate, since currently Europe continues to suffer reductions in quotas expected from the manufacturers.

It is precisely on this that the president of the Canary Islands has emphasised, insisting on the demand for laboratories to comply with the contract signed with the European Union and that the agreed doses arrive to immunize 70% of the population by the summer.

"It is very important that the companies in the laboratories that make these vaccines deliver enough to Spain to meet the objectives," said Torres, who once again stressed that the archipelago does have the capacity to administer them.