The Canary Islands Agency for the Protection of the Natural Environment has initiated the demolition of a single-family house built illegally in the Protected Landscape of La Geria 20 years ago, after the Supreme Court refused to save the construction even though the Tinajo City Council granted it a license in 2015 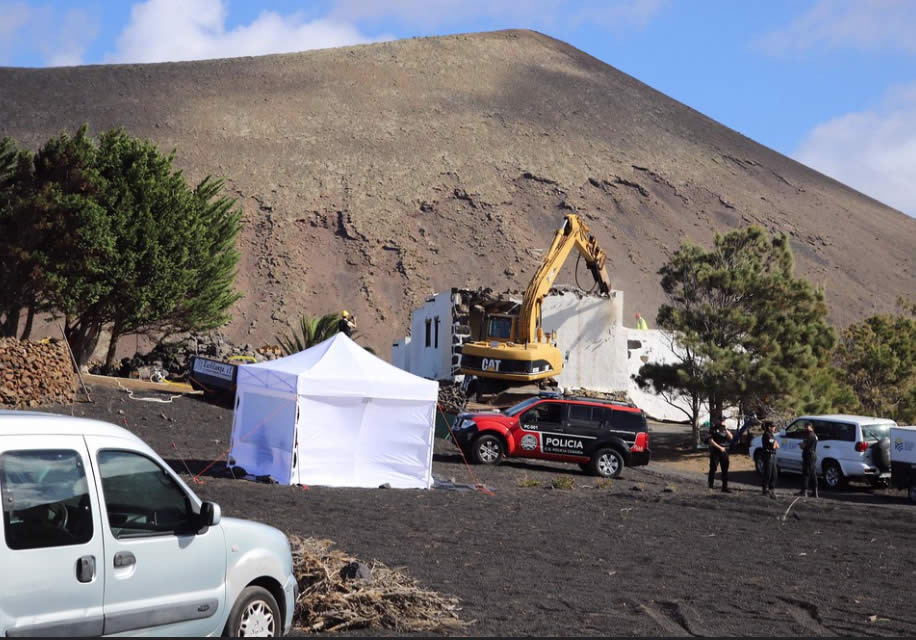 The demolition work has started on Tuesday morning, in the presence of the mayor of Tinajo, Jesús Machín, who first announced his intention to stop the demolition, convinced that he was going to get it.

The Canary Islands Agency for the Protection of the Natural Environment has assumed the demolition of the house at the request of the Criminal Court number 1 of Arrecife, after the voluntary period for the execution of the sentence has been completed without the owner demolishing the house. He needed to hire a demolition company, which would have cost €52,858, money that will now be charged to the owner of the property.

The defendants appealed the first ruling before the Provincial Court, which in 2013 was rejected, also ordering them to demolish the property. However, in March 2015, the City of Tinajo granted a building permit for the extension of the home, based on the new Special Plan of La Geria. This was later rejected by the Supreme Court.