"This is the most important news today," said Ángel Víctor Torres 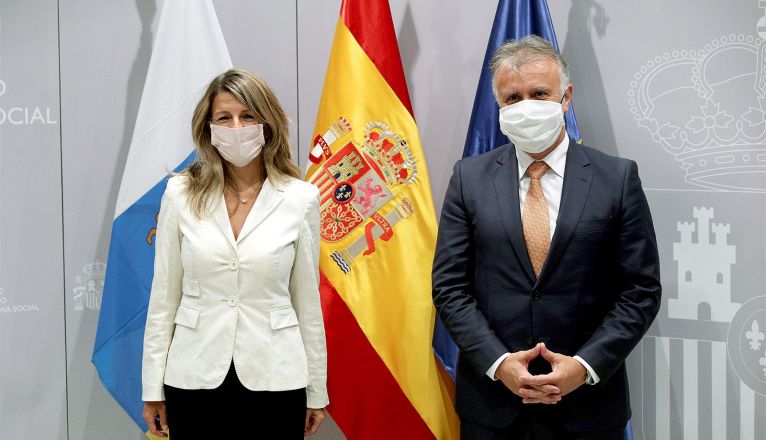 The President of the Government of the Canary Islands, Ángel Víctor Torres, has obtained on Tuesday the commitment of the Minister of Labor and Social Economy, Yolanda Díaz, to understand the Temporary Records of Employment Regulation (ERTE) in the Islands derived from the coronavirus crisis as long as it takes.

That is the position that the minister has told the president of the Canary Islands and that he will defend on September 4th at the tripartite social table between the Government, unions and employers.

Regarding the extension of ERTE, the President said that Díaz is clear that the extension could be up to 8 months and that the situation will be turned around "when the economy in the Canary Islands improves ".

The Canarian president said that the Archipelago is facing "key months of the winter season" and that, therefore, we must bet on maintaining the ERTE "as long as necessary."

Workers in ERTE would keep 70% of salary

In addition, Torres said that the minister also agrees that workers who have been in ERTE for more than 180 days cannot go from 70 percent of salary so far to 50 percent, because the morale of the workers must be kept.. For all this, expect an agreement as soon as possible that can be agreed on September 4th or the following week.