Well this is the story that finally has an ending and Buzz has been on the trail for over 10 years. An absolute eyesore that has damaged the first impressions of Costa Teguise as tourists are bussed in. 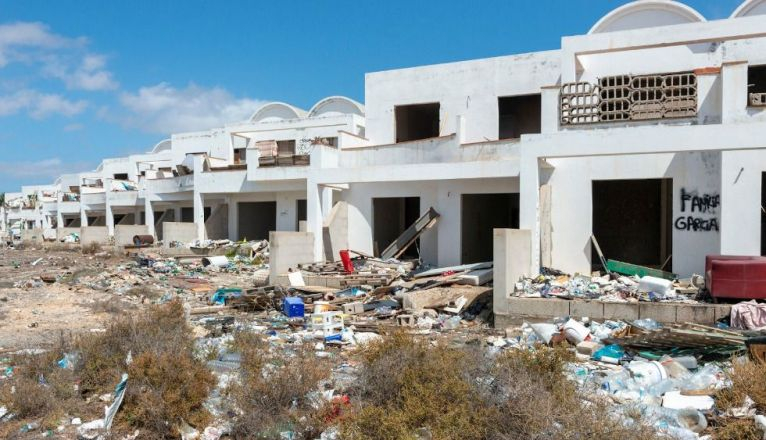 The Teguise City Council has announced that it will take over the demolition of one of the illegal plots in Costa Teguise , specifically on plot 214 , "which houses illegal buildings of unfinished construction in the name of Lanzagal Promoters.

The announcement comes after the different warnings that the Courts have made to the mayor, even threatening him with personal fines, for not having executed the different sentences on the illegal buildings in more than a decade.

Just get on with it now, enough!