The City Council of Haría has begun the procedures to evict the beach-bar on the beach of La Garita de Arrieta, which has been operating for years with the expired municipal concession. "There are many bars in socio-cultural centers that are serving people without a valid contract from the City Council," admitted the mayor, Víctor Robayna. 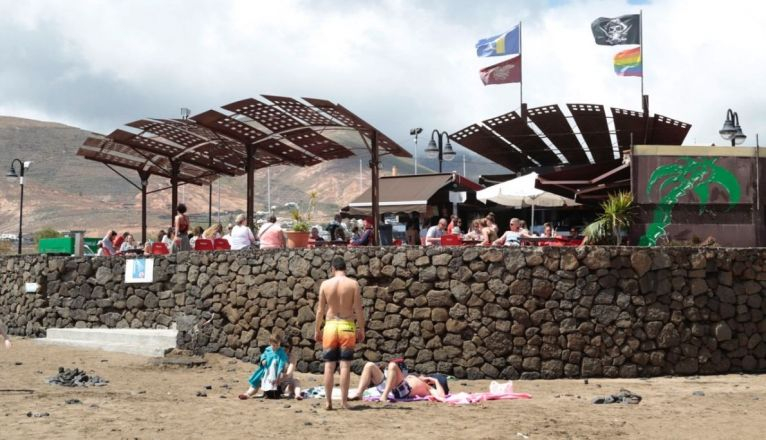 In this regard, he affirms that they had already begun to work in some centres to legalize them, such as Ye's, and that the intention was to continue with all of them, but now the Arrieta kiosk has become a priority. The reason, according to Robayna, is the works that are planned in that area, and that depend on a grant from the Government of the Canary Islands.

"We have an execution term that ends in December of this year and we are in tight times," explains the mayor, who clarifies that these reform works in La Garita require removing the cafe, which has several deficiencies in its structure.

“Right now the platform on which it is maintained is quite deteriorated. There are even some metal structures that have to be removed, and what the technician says is that the beach bar must be dismantled to make it available to the company that is going to carry out the works, to organize that space and put in new paving”, he specified. .

To this were added other shortcomings. “They have grey water problems because of the issue of drains, they also have problems with electricity and we have been mending. La Garita deserves something more, with respect to those people who will be affected by evicting the beach bar", added Robayna.

It could end up in court and be delayed

Regarding the project that is intended to be carried out in the area, it has a budget of 300,000 euros, of which the Canarian Government would contribute half, and the objective is to improve accessibility and make the space "more open and more integrated".

However, its execution will depend on whether that kiosk can be vacated first. For now, the issue has already been taken to the last plenary session in Haría and now the affected party has a period to present allegations.

In this case, the space was put out to tender in 1992, after the intervention carried out in the area by Costas, and since then it has not been renewed or put out to tender. “ It is true that I have sat down with the owners of the premises and I have transmitted the intention of the City Council. In other words, we do not do it behind the backs or by surprise of the owners”, he clarifies.

However, he does not rule out that the issue ends up in court, as happened with the cafe on the beach of El Reducto de Arrecife. "I guess they will go to litigation," Robayna ventures, opening the door to a possibility that would make it impossible to meet the subsidy's deadline, which ends in nine months.

In the event that they manage to carry out the work, the mayor suggests that a new “slightly more modern” cafe could be installed later, if Costas authorizes it. "It is true that this was very simple and has been expanded over time by the owners, and now it is disfigured from what it was at the beginning," he says.

However, he insists that if a new one were to be installed, it would have to be put out to tender, "so that everyone has the same opportunity."