The number of active cases of Covid-19 coronavirus in Lanzarote is currently eight people , after the Ministry of Health of the Canary Islands Government confirmed on Saturday afternoon a new infection: that of a British tourist who was spending a few days on the island. 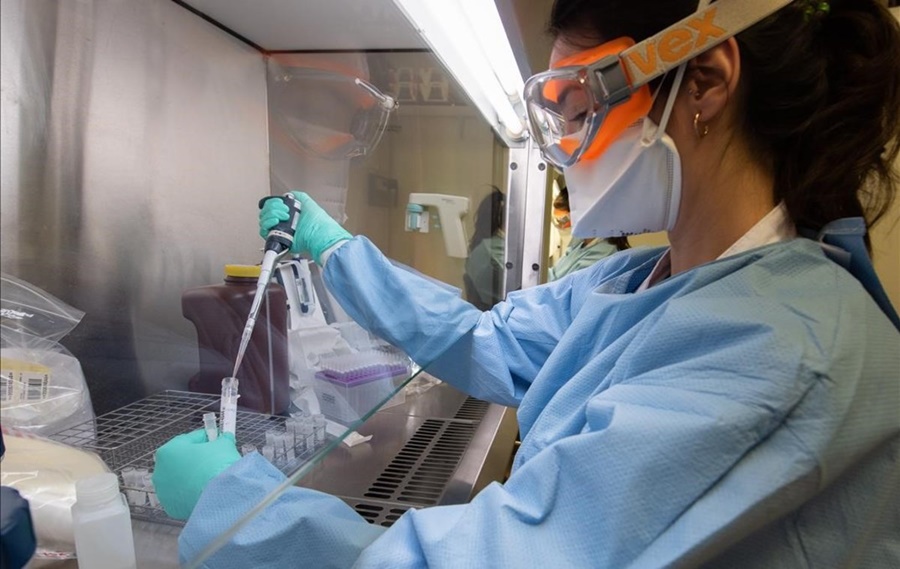 According to Lanzarote health sources, the woman arrived at the hotel reception accompanied by her partner; and it was observed that the latter had a fever. The protocol was activated and she tested positive, while her companion - who had two PCRs - gave a negative result in Covid-19.

This confirmed contagion of the tourist is added in the last hours to that of a sub-Saharan migrant detected on Friday night , when the second PCR was performed on the group that arrived on the Island on July 8th.

The patients are all isolated and in follow-up, according to the protocols and as reported by the Canary Islands Government.

With the two new positives of the last 24 hours, the number of current active cases is eight in Lanzarote: the five immigrants of the group arrived on July 8th; another one that was registered yesterday in the second test, the island resident who returned from Mexico last week and the English tourist registered today.

During this epidemic, a total of 96 accumulated positive cases of Covid-19 coronavirus have been confirmed by Health on Lanzarote, from the start of the health crisis until the afternoon of this Saturday. Eight of them remain active; 82 patients have been cured and 6 people have lost their lives.

The Government of the Canary Islands have stressed that the early detection and tracking system of Covid-19 positive cases "has become the best asset for pandemic control after the arrival of the new normal."