La Graciosa has entered phase one of the de-escalation on Monday, but this new scenario has not been noticed in its streets . The people have remained "confined" during the morning, even more than in Lanzarote or in other parts of Spain, where some departures are already authorised. In addition, not a single bar or restaurant has opened its doors, although they can already do so with restrictions .

Specifically, in phase one, the terraces can be used, provided that they do not exceed 50% of the capacity, but the businesses have remained closed. "It doesn't pay to open to occupy four tables," said the owner of one of those restaurants. In addition, we all agree that the main problem is not so much those limits as the lack of customers, who usually fill the restaurants and in La Graciosa they are tourists.

The people of La Graciosa don't come to eat, so none of the 12 bars and restaurants opened their terraces this Monday. The only one that was open was a pizzeria, but only for home delivery, which is the same as it had been doing in previous days. And even in this case, the owner notes that most days it hasn't even been profitable to open. In fact, he points out that except for one day when he sold 30 pizzas, the rest have only asked him for "two or three", which do not justify "or the expense of having the gas oven on". 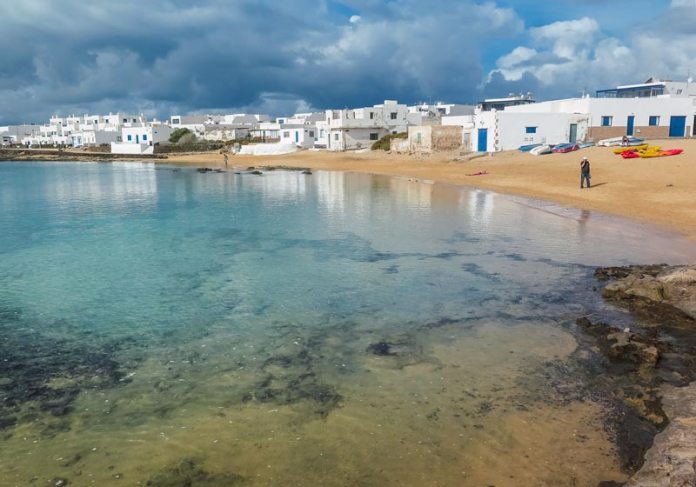 As for the rest of the businesses on the eighth island, those that are open are those that could already do so far because they are essential services, such as supermarkets, pharmacy and bakery, where they are also selling snacks "on demand". "Some fishermen, when they go out, they order from us a sandwich to take away."

The decision to advance the de-escalation in La Graciosa - together with the islands of La Gomera, El Hierro and Formentera - was based on the fact that not a single positive case has been detected on this island since the start of the pandemic. However, the people continue to choose prudence and on Monday morning there were hardly any people in the streets. Not even during the hours in which children's outings are authorized throughout Spain.

Thus, with few exceptions, the streets and beaches were practically empty and activity was only recorded in businesses that are open for being essential services, such as the pharmacy, whose doors if several people were waiting their turn to enter.

In fact, what was most striking was the presence of various media outlets, which have moved to the eighth island to cover a start of the de-escalation that, in the case of La Graciosa, has been practically unnoticed.

Along with journalists, photographers and cameras, troops from the Lanzarote Security and Emergency Consortium have also been on the eighth island on Monday , who have come to carry out disinfection work . That is the only movement that has been seen in restaurants, which have opened to disinfect, although they do not intend to start operating until tourism begins to recover. And that, for the moment, still has no date, since you can only travel to the eighth island with just cause. In fact, the ships that continue to operate do not usually carry more than five people.