One of the most emblematic architectural works of the island , inspired by the work of César Manrique, has gone on sale. 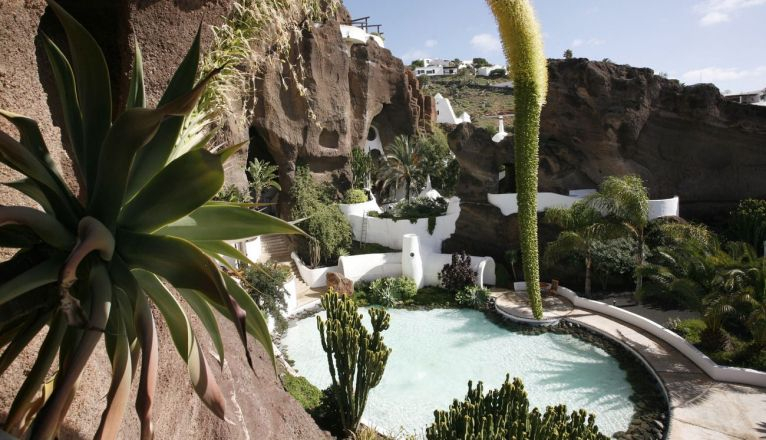 It is the Lagomar Museum , "certainly the most exclusive and extraordinary property of all those in Lanzarote", as promoted by the IZADI economists office, which has put it up for sale.

In Lanzarote there is a legend that the property belonged to the actor Omar Sharif, hence its name. The Egyptian actor is said to have lost it in a bridge game to Samuel Benady, a Gibraltar-based Sephardic property developer.

The truth is that Benady built the house after founding the company Oasis Nazaret SL in the sixties. César Manrique was also the founder of the society but he soon abandoned it because of his numerous trips. Benady then hired Jesús Soto , one of Manrique's greatest collaborators, as artistic director of the works .

Restoration and extension in the 90s

The current owners , the Uruguayan Beatriz Van Hoff and her ex-husband, the German Dominik Von Boettinger, bought the property at the end of the eighties and rehabilitated it.

In addition, they transformed the old rofe quarry located next to the villa into a lake with gardens next to which they built a restaurant and the current museum . For this they had the advice of Soto.

In the purest César Manrique style, Lagomar combines the volcanic nature of Lanzarote with the island's traditional architecture and Arabic-influenced pieces. The Lagomar art gallery hosts exhibitions by local and international artists.

As explained by the real estate company IZADI , the property consists of three parcels. The first has 2,202 square meters and 310 built in 4 homes, patio and common areas, with a private pool apart from the main one in the complex.

IZADI describes the property as "a good business, which given its income (entrances to the complex, restaurant, bars, exhibition hall,...) raise profitability at interesting ratios, being able to amortize its price in a period of 7 to 8 years, with current income.