Lanzarote will lower its alert level and will return from this Friday to level 2 , equivalent to "medium risk" and with fewer restrictions. This has been announced by the Canarian Executive after the meeting of the Governing Council, in which the situation of each island has been reassessed. 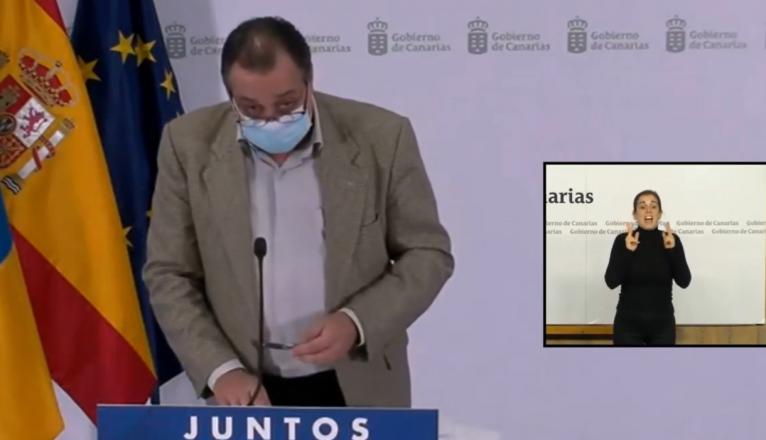 Press conference of the Minister of Health of the Government of the Canary Islands, Blas Trujillo

In the case of Lanzarote, which was the only one to reach level 4 and maintained it for almost six weeks, and which had been at level 3 for another 10 days, it is the only one to drop. Gran Canaria, Tenerife and Fuerteventura , which for two weeks have been showing worse indicators , will have a "reinforced level 2" , with additional restrictions. As for La Gomera, El Hierro and La Palma, they will continue at level 1.

For Lanzarote, the change in level will mean, among other things, putting an end to the closure of the island, where it was not possible to enter or leave since mid-January, except for justified reasons. The only exception was made with tourists, who could access the island if they were to stay in a regulated establishment. In addition, the curfew will also be delayed, starting now at 11 pm, and the number of non-cohabitating people who can meet will be increased, from four to six .

"Lanzarote has registered a tremendously positive evolution", highlighted the Minister of Health, Blas Trujillo, who stressed that the island has experienced "a very tough situation." In this regard, he recalled that in just two weeks, Lanzarote went from level 1 to level 4 at the end of January, which had not been applied until then in the archipelago.

This implied, among other things, a strong hospital pressure, for which Trujillo wanted to “acknowledge all the health personnel on the island”, which he considers “responded in an exceptional way”.