The rebound in cases that Lanzarote has been suffering since last Thursday has once again placed the island with the highest incidence of Covid-19 in the Canary Islands. In fact, while in Tenerife and Gran Canaria it has been decreasing, on the island of Lanzarote it has soared - largely due to the outbreak detected in a gym in Arrecife - and has reached the limit of high risk, which is the one that marks the entry into alert level 3. 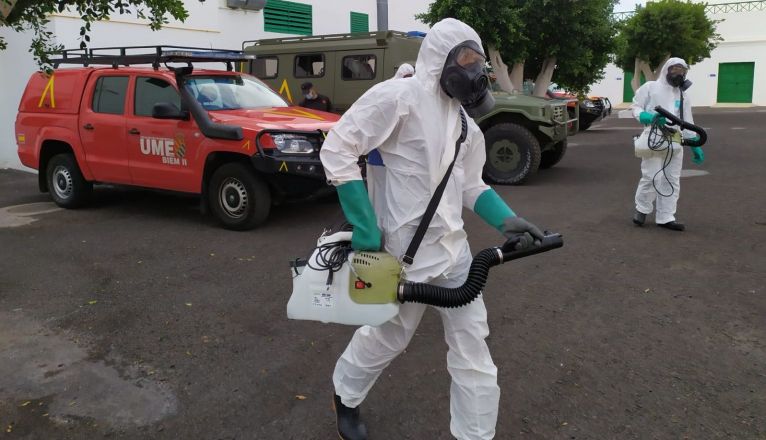 Lanzarote two municipalities that have become at high risk, and the worst part has been taken by the capital. Arrecife which had been improving its data but in the last 7 days then it added 70 positives, which has triggered its incidence to 108.28 cases per 100,000 inhabitants, with almost 42 points more than the average of the island. Thus, it is at "high risk" (which is between 75 and 125)

.Thursday and Friday of last week, it added 17 and 15 cases respectively in one day, coinciding with the outbreak reported in the gym. Since then, it has registered 11 cases on Saturday, 11 on Sunday, 5 on Monday and 4 on Tuesday.

The other municipality that has also entered high risk is San Bartolomé , which has registered 16 positives in the last 7 days. In his case, the incidence has risen to 83.77 cases per 100,000 inhabitants.

At medium risk are Tías and Yaiza . The first has added 6 cases in the last seven days and the second 5, with a significant improvement over the previous week. In both municipalities, the incidence in relation to the population is similar, with just over 29 cases per 100,000 inhabitants.

Haría and Tinajo have added one case each in the last week, and they are both at low risk, with an incidence of 19 and 15.54. Finally, Teguise is the municipality that this Tuesday has the lowest incidence of the island in relation to its population. And it is that although it has added 3 cases in 7 days (one of them this Tuesday), this supposes an incidence of 13.21 cases per 100,000 inhabitants.