The island's Sanitary Services manager affirms that new beds are already being set up and reveals that the number of close contacts in each Covid case "is enormous." "From each positive we can get 30". 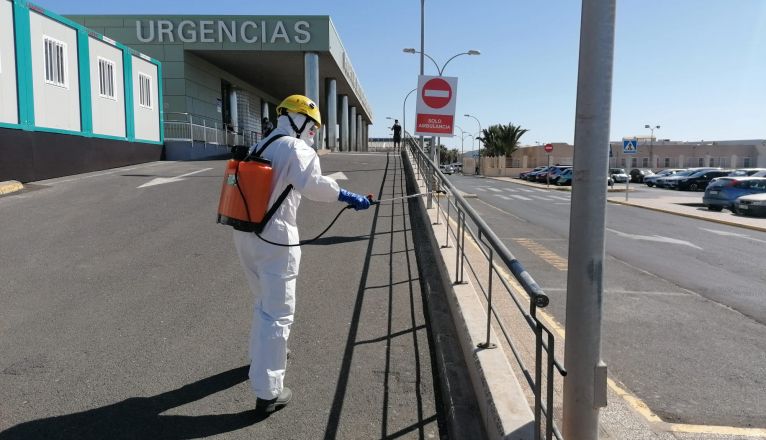 The manager of Health Services of Lanzarote, José Luis Aparicio, has confirmed that Lanzarote is "in the third wave" of coronavirus and that the rebound in cases that began to be seen since last week was not something "specific". "If it behaves like the previous wave, we have three or four weeks to put up with this type," he said in an interview on the Radio Lanzarote program 'La Destiladera'.

Aparicio has indicated that the new wave seems to be "quite intense", although he has insisted that it is "very difficult" to make a forecast, because "things change dramatically from one hour to the next." In fact, he explained that it was not until the end of last week that the arrival of the third wave to the island was confirmed.

"We gave until Friday to see how it evolved, but the worst news has been confirmed," said the manager of Sanitary Services of Lanzarote, calling the indicators currently on the island "worrying", which this Monday had 344 active Covid cases and has a seven-day cumulative rate of 172 cases per 100,000 inhabitants.

"The accumulated index is quite bad and we are already beginning to have problems in the ICU and in the ward," said José Luis Aparicio, recalling that the number of hospitalized patients went from two to 16 during the weekend, of which three are in the ICU. "We have gone from absolute tranquility to once again having the public health system in war mode, " he added.

Thus, although he has affirmed that the Covid plant of the Molina Orosa Hospital has 21 beds and that for now "it is not saturated", he has indicated that "if we continue at this rate, we run the risk of saturation." Therefore, before this happens, a second Covid plant will be set up in the Surgery plant between this Monday and Tuesday , as was done in the first wave. "The problem with this is that there are 41 beds that are destined for surgical patients and that now they will not be destined to these until this wave ends. And there are 41 patients who do not get operations for at least a day," he indicated, pointing out that therefore this will affect the waiting lists.

As for the ICU, the manager of Health Services has stated that the second unit that was enabled in the first wave is already set up, where half of the operating rooms were converted into intensive care beds, although it was never used at the time .