"It is irresponsibe to play with the fear of the people, shamelessly lying, trying to sow hatred," says María Dolores Corujo. 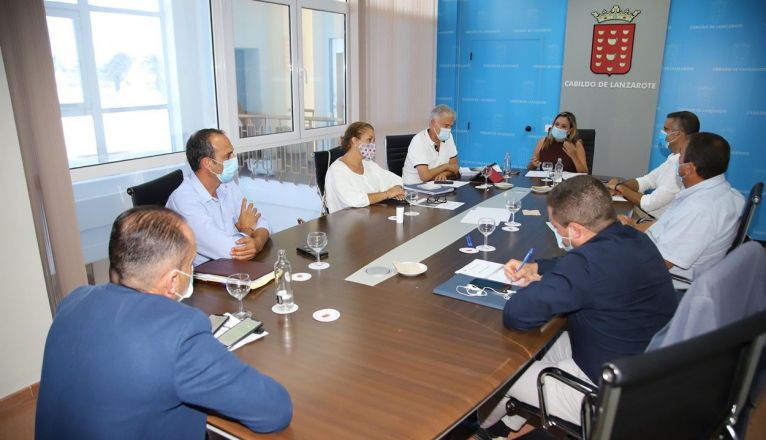 The Coordination meeting between Cabildo and City Councils on Tuesday, has shown its "absolute rejection" of the xenophobic and racist demonstrations that have taken place over the last few days for the use of the Nature Classroom of Máguez as Provisional accommodation for immigrants affected by the coronavirus. Likewise, the Bureau has explicitly supported the mayor of Haría, thanking the tone and the ways in which she has responded to the attacks received, "renouncing entering into disqualifications and calming the debate."

The president of the Cabildo, María Dolores Corujo, has valued in a very positive way the unanimous response of the highest institutional representation of the island entities. "In moments like these we live in, it is essential to put aside the petty political debate and act with the responsibility that this situation requires," she said.

Corujo has emphasized that the sheltered people do not represent any risk to the health of the population. "Those who come to our shores risking their lives on a boat are precisely the most controlled people from the point of view of public health, since they are confined with strict control measures. It is a true irresponsibility to play with the fear of the people, lying blatantly, trying to spread hatred, "said the president of the Cabildo.

The insular president has also highlighted the degree of "commitment and solidarity" of the different municipalities of the island and has had, in particular, words of recognition towards the mayors of Yaiza and Tinajo.

“We have a significant deficit of reception facilities that forces us to improvise temporary responses. Our objective, however, must be in the medium and long term, ensuring that the administrations, both state and regional, make the necessary effort to guarantee the necessary infrastructures to deal with this type of situation, ”Corujo concluded.

For his part, the mayor of Haría, Alfredo Villalba , thanked the support shown by the highest representatives of the Lanzarote institutions and expressed his confidence that "the xenophobic and racist attitudes of a small group of exalted ones will not succeed in contaminating coexistence in the town".