A man drowned on Tuesday afternoon in the Los Charcones area of the Yaiza municipality. As reported by the Ceoces, at about 6.15 pm they received an alert from a woman who said she could not locate her partner who was fishing in the area. 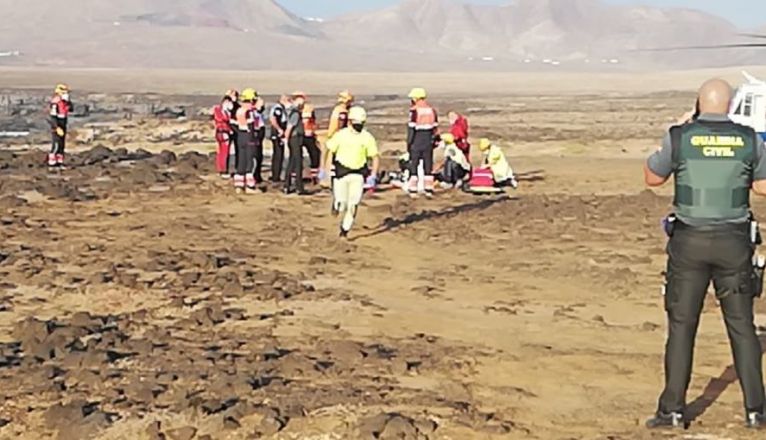 A helicopter and a GES rescue boat, an advanced life support ambulance, the Emergency Consortium, an ambulance and a boat from Emerlan, Maritime Rescue, Civil Guard, Local Police and Civil Protection travelled to the place

Consortium firefighters located the body of the man floating in the sea with signs of drowning. They kept the body on the jet ski until the arrival of the rescue helicopter. Subsequently, the GES helicopter lifted the the man and took him to where the SUC ambulance was located, whose personnel could only confirm his death.