The wind toy situated on the roundabout at Tahiche known as Fobos and is the largest of Manrique’s wind toys at 13 metres tall is back. 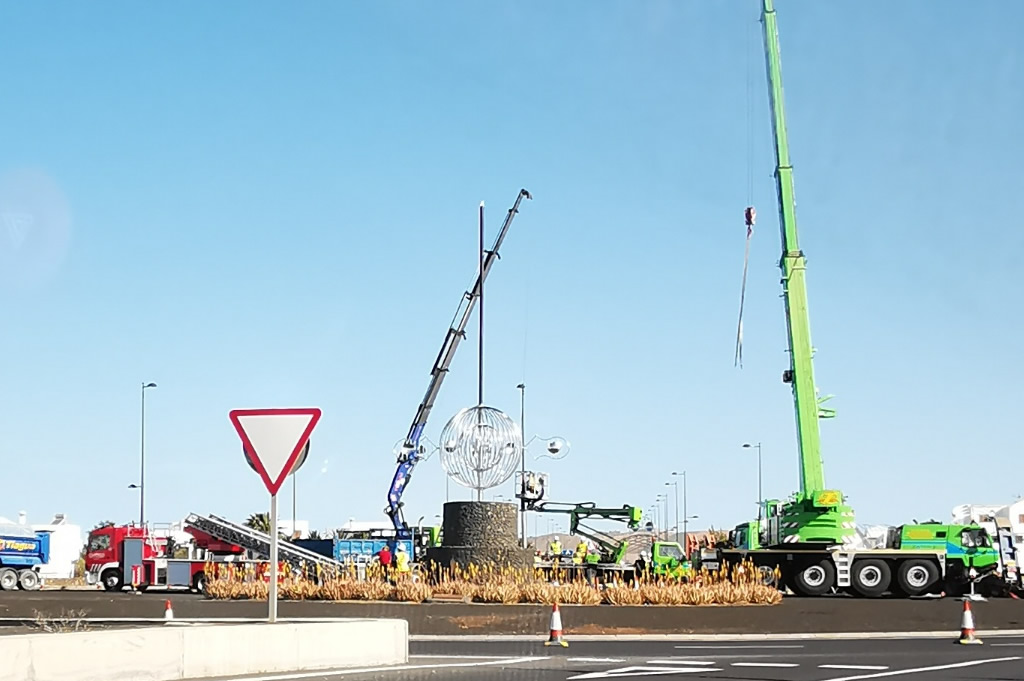 The sculpture was inaugurated in 1994, unfortunately the Delta Storm that hit the island in late 2005 damaged the toy and it was taken away for almost a year for restoration.

It was then taken down again in 2017 for inspection with a view to more restoration, and it was found to be in much worse condition than originally expected. It is now back again, all very shiny and majestic, the Tahiche skyline is complete again.