The President of the Canary Islands has attended the arrival of the first flight to land in Fuerteventura after the opening of borders in the Schengen area. 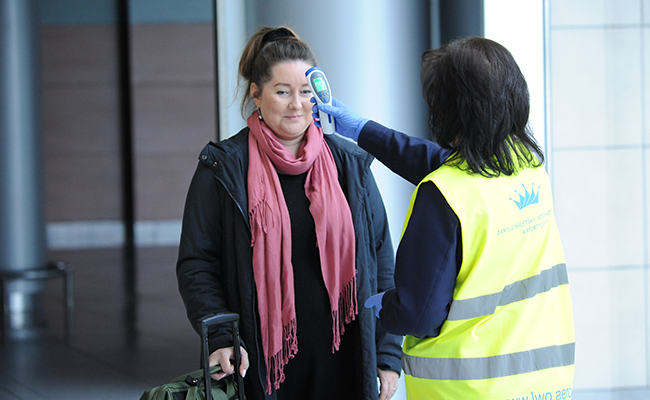 The President of the Canary Islands, Ángel Víctor Torres, highlighted this Sunday the will of the Government of the Canary Islands to reinforce measures in ports and airports for sanitary control of the entry of people, be they tourists or not. This was stated in the act of welcoming foreign visitors who have arrived on the first international flight that has landed at the Fuerteventura airport.after the opening of the borders of the Schengen area. The arrival was also attended by the President of the Fuerteventura Council, Blas Acosta, the insular director of the State Administration, Domingo Fuentes Curbelo, the Minister of Public Works, Transport and Housing of the Canary Islands Government, Sebastián Franquis, the mayor of Puerto del Rosario, Juan Jiménez, and the president of the Iberostar Group, Miguel Fluxá.

On the flight, from Düsseldorf, and operated by Condor Airlines, 150 people have travelled, who will voluntarily undergo a quick test upon arrival at their hotel on the Island.

The head of the regional government has referred to a new test for the detection of COVID-19 that replaces the traditional swabs with a liquid with which to perform a mouthwash that is placed in a test tube and in a matter of minutes offers a 100% reliable result. This system, which also has a very low cost, is expected to be operational shortly, once the test is approved by the European Medicines Agency. "All this represents great progress so that we can offer maximum security at our airports," stressed the president, while stressing the importance of the validation flight of the Islands as a safe destination by the World Tourism Organization (UNWTO) that It will take place on July 8th.

Ángel Víctor Torres also reported on the arrival of 50,000 PCR tests that were on the flight that landed today from Düsseldorf, that have been acquired by the Canary Health Service to cary out the necessary operations to continue carrying out tests on the population.