All of the Canary Islands will be in phase 1 of the de-escalation plan devised by the Ministry of Health on Monday May 11th This was announced on Friday afternoon, with a delay of two hours over the initially scheduled time, by the Minister of Health, Salvador Illa, and the director of the Centre for Coordination of Health Alerts and Emergencies of the Ministry of Health, Fernando Simón. El Hierro, La Gomera and La Graciosa, have been in phase 1 since last Monday, May 4th, now Gran Canaria, Fuerteventura, Lanzarote, Tenerife and La Palma will all join. 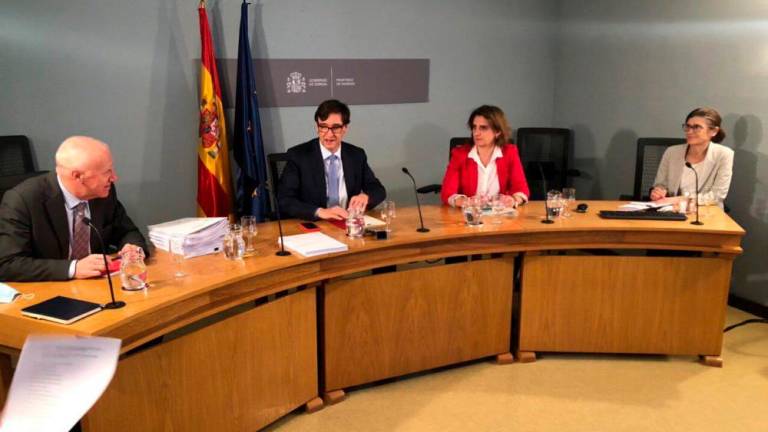 The ministry of Health considers that the Canary Islands complies with all the sanitary requirements established to be able to advance in the de-escalation plan devised by the Government and which contemplates a total of four phases of two weeks duration each. This first phase involves a relaxation of the confinements with the partial opening of economic activity.

What You Can Do

Meetings of up to 10 people inside and outside the home, keeping the safety distance of two metres and respecting hygiene regulations regarding hand washing and "respiratory etiquette".

Use of car of up to 9 seats by the inhabitants of the same home.

Open terraces at 50% of their capacity. There will have to be a minimum distance of two metres between the tables and the client groups will have a maximum of ten people. In addition, the tables will have to be disinfected between one client and the other, and common cards and napkin holders cannot be used.

Opening stores of less than 400 square metres without an appointment. The maximum capacity for shops will be 30%, it will be necessary to maintain a minimum safety distance of two metres and a schedule of preferential attention for the elderly must be established. The premises will have to be disinfected twice a day.

Meetings for a limited number of family members in public or private facilities: fifteen people outdoors or ten in closed spaces. The entourage for the burial or farewell for the cremation of the deceased is restricted to a maximum of fifteen people and, where appropriate, the minister of worship or a person assimilated from the respective confession may join the practice of parting funeral rites of the deceased.

Outdoor markets on public roads, with conditions of distance between stalls and delimitation of the street market for proper control of capacity by the security forces. Initial limitation to 25% of the usual positions and maximum influx of a third of the capacity.


The places of worship will open, although only up to a third of their capacity will be allowed.

In addition, when the Government announced the Plan of transition towards a new normality, it announced that other activities would also be allowed in phase 1. They were the following:

Educational and university centers will open for disinfection, conditioning and administrative and preparatory work for teachers and auxiliary personnel.


Opening of hotels without use of common areas.


In the cultural field, acts of less than 30 people in closed places (with a third capacity) and less than 200 people will be allowed, as long as they are seated and maintain the necessary distance.


The museums will open their doors to allow a third of the maximum entrance and with agglomeration control in rooms.


Audiovisual production and filming of movies and series are also allowed.


Active and nature tourism for limited groups of people.


Non-professional sport: in outdoor sports facilities without an audience, only for practicing sports in which there is no contact, such as athletics or tennis. In sports centers, individual sports activities by appointment in sports centres that do not involve physical contact or the use of changing rooms.


Health plans to maintain the schedules established in phase 0 for outdoor activities and the walk for adults and children, although they do not rule out changes.