"We're giving lousy service." That is what the president of the Arrecife Taxi Cooperative, Lito Guillén, considers as a result of the problems that are being generated in some tourist municipalities and specifically at the airport itself . For this reason, he has once again put on the table an issue that other professionals in the sector oppose: the insular nature of the service at the moment, modifying the municipal ordinances and leaving the powers in the hands of the Cabildo. 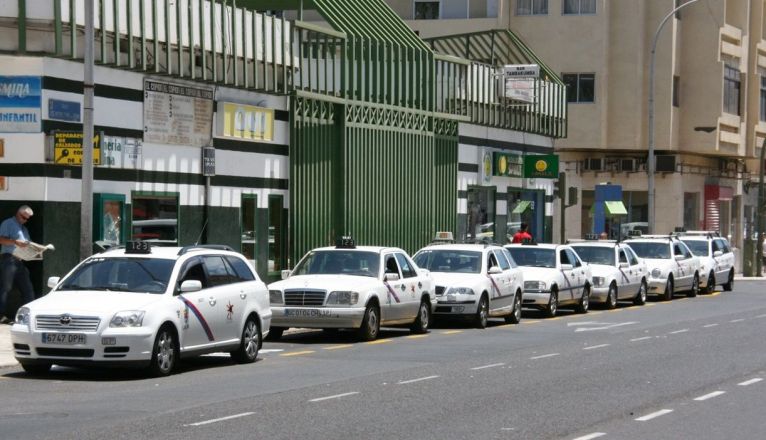 “We were complaining during the pandemic that tourism was not coming, and now it is coming, we mistreat it . That makes tourists leave here stressed and with a third-world feeling of Lanzarote”, says Guillén.

"The important thing here is the user, the tourist, who is precisely the one who contributes to the economy of the island of Lanzarote," says the president of the Arrecife Cooperative.

“Years ago I asked for the municipal ordinance to be insular and not from the city council. Let the Cabildo be the one to regulate it through its inspectors, who have their reports and know perfectly well the demand that exists at all times”, he stated on Radio Lanzarote – Onda Cero.

Lito Guillén explains that in this change of regulation it should be stated that, if there are people waiting for a taxi and there is none in his municipality, a taxi from another municipality should come. “It is inexcusable that a person is anywhere on the island and sees an empty taxi, just because the roof is painted a different color ”, he questions.

“If a municipality has 60 reservations for one day and you only have 30 cars, what are you going to do with the other 30?” asks the president of the cooperative, who insists that in this situation it would be solved if there was an insular ordinance.

“We have the latest technology, why don't we develop it”

Guillén considers that technology should also be used to know at all times the reality of the service in each of the municipalities.

“We have the latest technology in fleet control and management, why don't we develop it? ”, asks the president of the cooperative. And it is that he assures that through central control, to which all the municipalities except San Bartolomé are connected, it is known at all times “how many taxis are operating”.

“With technology, the screen is opened and the situation is shown in each of the taxis that are free. And if in Arrecife we need it in the hospital, and there is a free taxi in Playa Blanca, then the service that is needed is sent and provided, ”he argues.

What he flatly denies is that more licenses are needed, which is the issue that arises when queues are generated at the airport or when tourists have trouble getting a taxi. “There are plenty of taxis” , answers Lito Guillén, who insists that the solution lies in “getting hold of the existing taxi fleet”.