The Canary Coalition in Yaiza has once again denounced the “unfortunate spectacle” of kilometric queues that tourists have to suffer daily when trying to access Montañas del Fuego, and calls on the Cabildo for “some measure that offers a solution to the problem” . 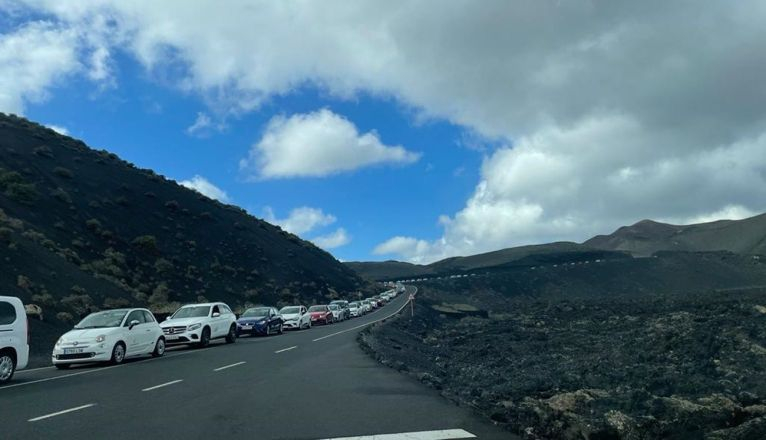 “Specific solutions are already required, not only because of the bad image that this implies for the island, but also because of the safety of visitors and the integrity of the area, given that it is not the first time that it has been reported. They must suffer long waits and it is inevitable that they get out of the vehicles and invade the lava flows, in addition to throwing garbage and other things , ”warns the general secretary of CC in the municipality, Mateo Ramón.

Canarian Coalition states that during the last legislature "a rate discrimination policy was implemented with the application of discounts at certain times in the afternoon, which managed to greatly reduce the problem ."

However, with the arrival of the new island government group to the Cabildo of Lanzarote, the nationalists assure that “the measure was completely eliminated and the problem that had been reduced to an average of seventeen days a year and short queues, has returned . to triple in days and hours of stay of visitors at the gates of the Fire Mountains ”.