The scientists of the Volcanic Emergency Plan of the Canary Islands (Pevolca) have spoken this Wednesday for the first time of "positive signs" that, pending their consolidation in the coming days, could anticipate that the end of the eruption is closer. 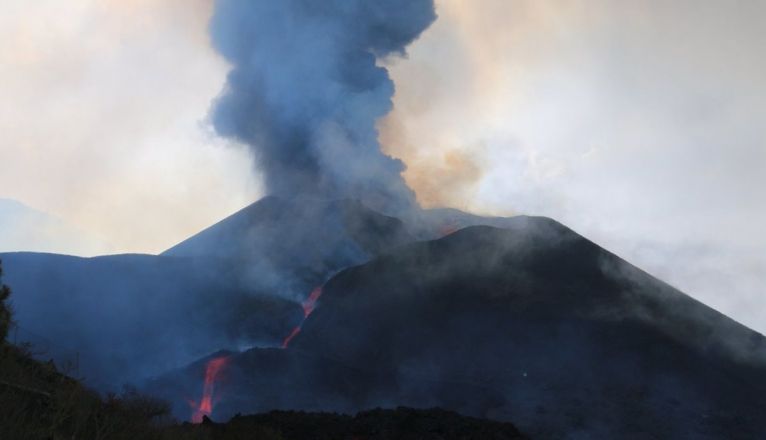 The decrease in the tremor signal since noon on Tuesday and the downward trend of sulfur dioxide (SO2) in the plume are the parameters that make experts think about it, in addition to the seismic activity, which remains at the same zones and depths.

Although the evolution of the tremor and SO2 emissions data "are positive signs, there is no doubt", the spokeswoman for the Pevolca scientific committee, Carmen López, has indicated that they are still "very high values" .

"If we continue on that path, we will go well," added the scientist on the day that the National Geographic Institute (IGN) located in Mazo a third magnitude 5 earthquake, the highest since last September 19. a volcanic eruption started.

Three days after classes were suspended in the municipalities of El Paso, Los Llanos de Aridane, Tazacorte, Tijarafe and Puntagorda as a result of the ash that the volcano expelled, the poor air quality continues, which in Los Llanos de Aridane has returned to be "extremely unfavorable".

Due precisely to the poor air quality, the Cabildo de La Palma has decided to paralyze the monitoring device for the collection of belongings in all neighborhoods.

However, the ash cloud is expected to turn southward from Wednesday afternoon, which poses a favorable scenario for operations at La Palma airport, and the weather forecast indicates that on Thursday there will be in the island weak rains in the north and east areas, which can be locally moderate.

The airlines Binter and Canaryfly have announced that they are resuming their connections with La Palma airport, after the improvement of the conditions that guarantee safety from the volcanic eruption.