The PSOE has revealed that the Contentious-Administrative Chamber of the Superior Court of Justice of the Canary Islands has sent a Diligence to the Teguise City Council in which it orders the mayor to identify the person responsible for complying with the sentence dated October 31, 2005, that annulled the license corresponding to plot 214 of Costa Teguise, recalling that it could impose coercive fines of up to 1,500 euros "to the authorities, officials or agents who fail to comply with the resolutions of this Court" while warning that responsibilities of a penal nature could be demanded. 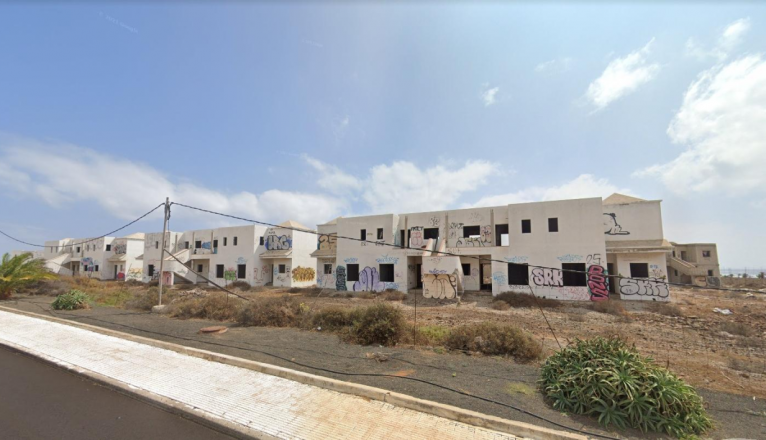 The spokeswoman for the Executive Insular Commission of the PSOE of Lanzarote and number two of the Socialist Group in the Teguise City Council, Jenifer Galán, has reproached the mayor of Teguise, Oswaldo Betancort, for "his permanent resistance to complying with judicial resolutions" causing with that attitude incalculable damage to the municipality:

“The only person responsible for the unfortunate appearance caused by the skeletons of Costa Teguise is the mayor, who has endeavored to keep alive the footprint of the urban corruption of the Canary Coalition, despite the damage it causes to the image of the island”.

Galán has recalled the "continuous actions" of Oswaldo Betancort: “The mayor has become entangled in a web of lies. He began with the nonsense of the contest of ideas to decorate the skeletons, as if they were monuments to corruption that we should preserve; then he promised that he would legalize them with the General Plan; later he gave it a populist vein and said that he preferred to pay fines rather than harm the City Council and, lastly, he boasted that one of the affected companies had begun to demolish one of the skeletons when the truth is that what the company was really doing was cleaning up the area to build a car park, benefiting, in addition, from a demolition project prepared by the City Council itself”.

The socialist spokeswoman has concluded by reminding Oswaldo Betancort that the time to serve the sentences is shortening: “Maria Dolores Corujo had to arrive at the Cabildo to put an end to this unbearable inactivity, demanding through the courts that the mayor fulfill his obligation to restore legality, putting an end once and for all to that deplorable image that the residents of Costa Teguise and those who visit us have to see”.