Lanzarote airport has begun to carry out the first temperature controls on passengers arriving from outside the Autonomous Community, in compliance with the decree approved by the Government of the Canary Islands. This decree also limits air traffic, restricting it in the case of Lanzarote to two daily connections with the Peninsula, one with Madrid and the other with Barcelona. 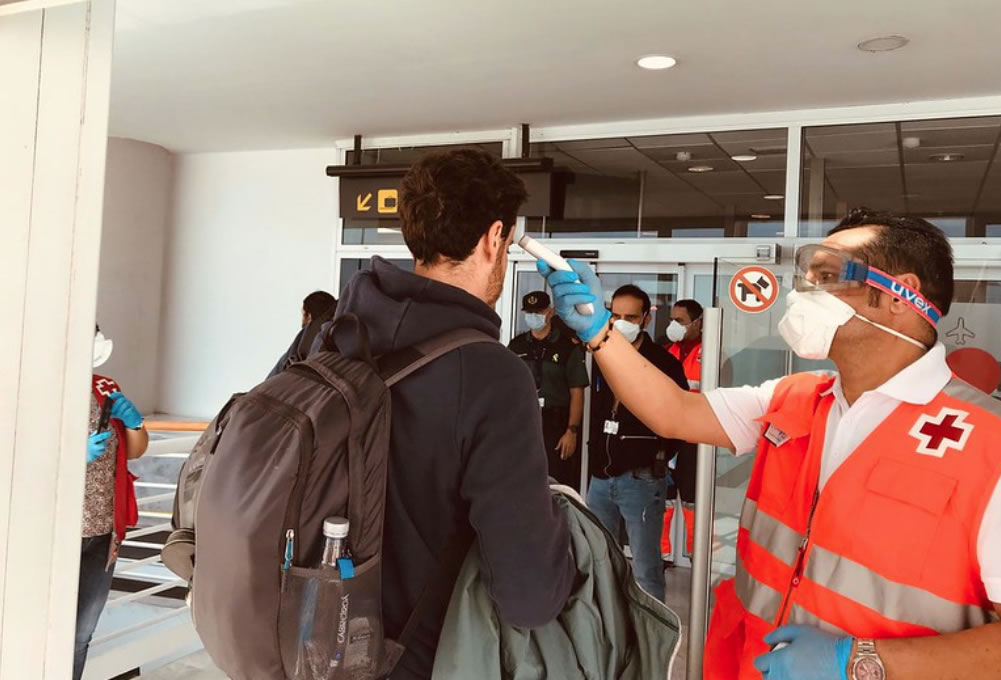 The Canary Islands Government's General Directorate of Security and Emergencies has commissioned the Red Cross "to carry out the controls carried out at airports with passenger arrivals from the peninsula using teams of qualified health personnel." The first flight in which this sanitary control was carried out was the one arrived this Friday from Madrid.

The decree also dictates that all movements between islands or with the peninsula, must be justified, must be carried out individually, unless accompanied by persons with disabilities, minors or adults.