Health will do massive tests of Covid in two neighbourhoods of Arrecife as a result of the analysis of wastewater. The study reflects high concentrations of the virus in San Francisco Javier and Tinasoria, although it has also detected "worrying levels" in other areas of the island 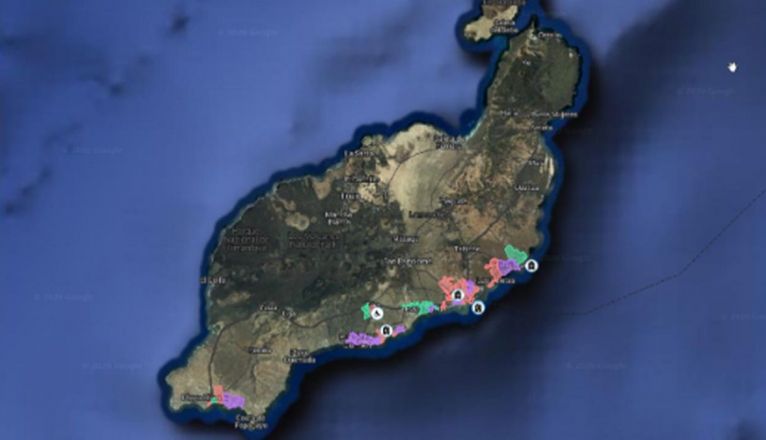 This was announced this Wednesday, at a press conference in which the Cabildo presented the first conclusions of the study commissioned from the Global Omnium company. Along with the president, María Dolores Corujo, the manager of the Health Services of Lanzarote, José Luis Aparicio, and the director of services of the company in charge of this 'Covid 19 Early Warning System', Juan Francisco Maestre,

As Aparicio has announced , the objective now is to carry out a massive screening with some 6,000 tests on people who reside in these two areas of the capital, as they are the most affected.

However, the president explained that "levels of concern" have also been detected in other areas of the island, another in the capital and the rest in three other municipalities. Specifically, he has referred to Puerto del Carmen, Playa Blanca, Costa Teguise and La Concha, where he has said that "it will also intervene", once it they have finished in the reef neighbourhoods of San Francisco Javier and Tinasoria.

Regarding the first three, he has pointed out that as they are tourist areas, it is considered that there is greater mobility and the indicators found may not correspond to residents. As for La Concha, an urbanization that belongs to the municipality of Arrecife but is located next to Playa Honda, it has specified that the data is "less high" than in San Francisco Javier and Tinasoria and that therefore these neighbourhoods will be prioritised in this first screening. 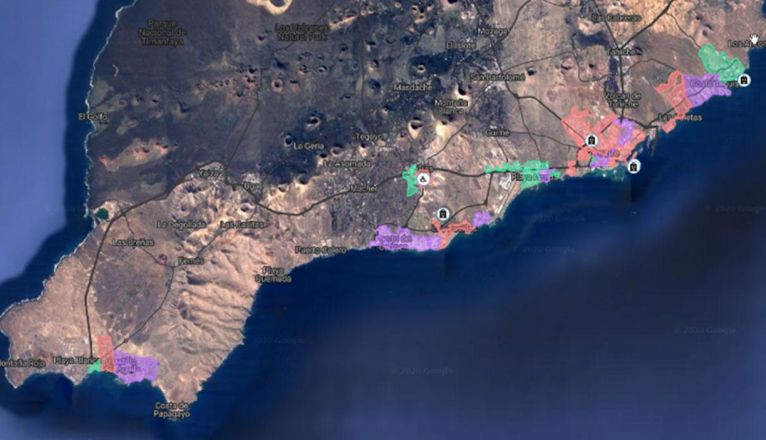 Areas of the island that high are marked in purple, with low or medium concentrations of Covid marked in pink and green are coronavirus-free zones


On a positive note, Corujo stressed that in the analysis of wastewater "emphasis has been placed on the areas where residences for the elderly are located," which are the most vulnerable population, and that "fortunately all residences have tested negative."