Renting a car in Lanzarote today is a practically impossible task. And it is that, either they are not available or those that exist are at very high prices. A fact that, as explained on Radio Lanzarote-Onda Cero by the president of the Island's Rental Car Employers Association, Rita Hernández. It is a consequence of the pandemic since, during it, there have been "companies that have had they have to sell almost 75% of their fleet "in order to survive. 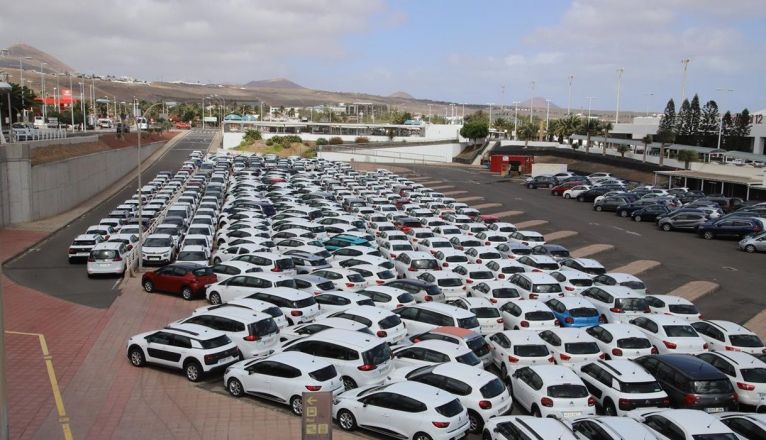 "Just like the hotels, restaurants and shops here, there and everywhere they have had to close, the rent a car had it worse, because they had to sell to pay for that fleet," Hernández pointed out.

So, most of the island's rent-a-car sold everything they could from the fleet," he said. "And thank God that it has been sold, because the finance companies want the money every month," Hernández added, stating that they are "causing death" to the businesses.

He insisted that companies have had no choice but to "sell in order to pay and survive" and has been grateful that, during the pandemic, there was "a lot of demand for second-hand cars." "But what happens now? That apart from the car supply problem there is, who dares to buy?", Added the president of the Lanzarote Car Rental Employers Association, pointing to the "uncertainty" that still exists in the tourism sector.

Of course, Rita Hernández believes that one still has to be "prudent" and "go easy." For this reason, although "for the people who want to come to the island and who have found that there are no rental cars or that the ones there are are expensive," he pointed out that he also hopes that "they will not fall again. where we fell three or four years ago, when the cars were at 12 or 15 euros all day.

"We pay the highest IGIC after alcohol and tobacco and that is a lot of money we have to pay," criticizing that people want to "pay four dollars" for a car when they come on vacation to Lanzarote when in other places such as Madrid charge you "a fortune".

"I have to say I'm sorry to those people who come to the island, but there are buses and public transport they work well," concluded the president of the Lanzarote Car Rental Business Association.