Government, unions and companies will have to continue negotiating the requirements and conditions today 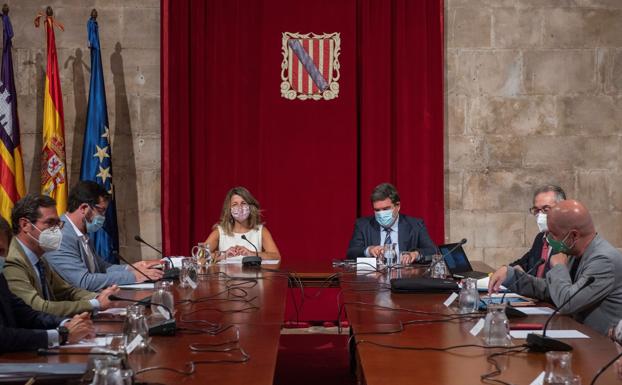 Of course, all the conditions of the agreement still have to be negotiated. From the Ministry of Labour they indicate that their intention is that this negotiation is not delayed in time and that the agreement arrives before January 15th so as not to extend the uncertainty in which thousands of companies and workers find themselves.

Specifically, more than 755,000 people are currently receiving a temporary employment regulation file, a figure that is far from the 3.4 million employees who came to be in an ERTE in April, peak of the pandemic, but it has been almost unchanged since September due to the various restrictions on mobility and economic activity that have been decreed in the communities to face the second wave of the virus.

May 31st is a date that goes beyond the end of the state of alarm and of Holy Week (between March 28th and April 4th), which would protect the tourism sector, one of the most punished so far for the pandemic.

At the first meeting on Friday to which all parties attended with optimistic spirit, the Government offered the social agents to extend the previous agreement, although unions and employers say they have to analyze the final text of the Ministry of Labour at the meeting scheduled for today. In fact, unions and employers refused to speak of a "pre-agreement" since neither the conditions nor the exact terms of the extension have yet been established.