The lava from the 'Cumbre Vieja' volcano has covered a total of 258 hectares since the eruption began on Sunday, September 19, and has already destroyed 686 buildings , according to satellite monitoring of the Copernicus program of the European Union. 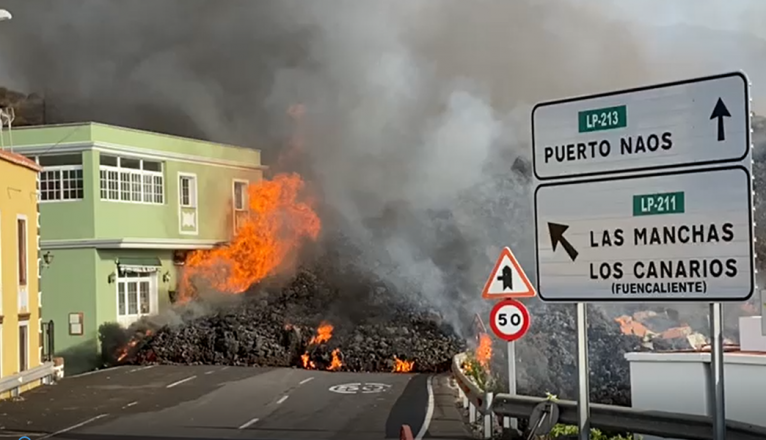 In addition, according to the latest Copernicus sampling dating from 06.50 am on September 27, the lava has also washed away 22.2 kilometers of the island's roads.

At the last meeting of the Pevolca, the technical director Miguel Ángel Morcuende, and the spokesperson of the scientific committee, María José Blanco - director of the IGN in the Canary Islands - have highlighted that the volcano continues its evolution with the normality of the itself being of the fissure and strombolian type or that it behaves "as such", with continuity and discontinuity, for which both have indicated that it should not worry about changes occurring during the process.

Blanco has pointed out that the volcano has already emitted 46.3 million cubic meters of magmatic material, more than the eruption of Teneguía in 1971, and has highlighted that the strombolian mechanism is concentrated in the main cone and there have been magmatic pulses, a whitish column that disappears and reaches great heights.

He pointed out that the process will continue in the near future and although the explosions have stopped in the cone, which has been modifying its structure, they can be produced again and abruptly.

The biggest worry is that the lava is approaching the sea and that could cause many disturbing effects including acid rain.