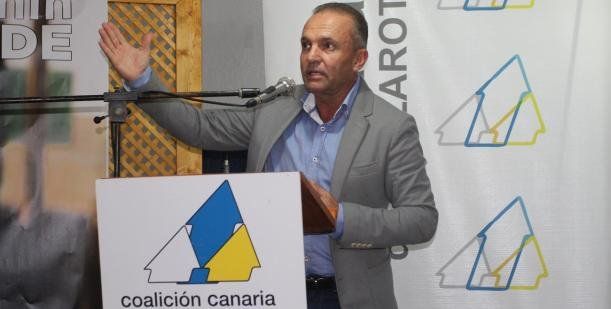 That is precisely why the police sent the proceedings to the Court to initiate criminal proceedings. In the event that a driver tests positive but does not exceed 0.6 milligrams, it is processed as an administrative offense and a fine is directly imposed, but above that rate, it is considered a crime.

The case thus reached the Court of Instruction Number 2 of Arrecife, which last Thursday issued a sentence after Machín acknowledged the facts and accepted an agreement of conformity. The ruling, to which La Voz has now had access, includes not only the result of that breathalyzer test, but also the report of the Tinajo Local Police officers who intervened.

“They appreciated in Jesús Casimiro Machín Duque symptoms of drunkenness such as a red face, dull eyes, dilated pupils, pasty speech, very strong alcoholic halitosis up close, lack of logical connection in expressions, repetition of phrases and ideas and oscillating vertical movement of the body”. That is why they gave him a breathalyzer test, which came back positive, even exceeding the limit to be considered a crime.

The mayor of the Canarian Coalition already last Friday apologised" for what happened , although he had not come to reveal the result of this test. In fact, he only referred to another one that was done to him later in the hospital, and which he claims was negative. However, the sentence does not even refer to it, not even to indicate that it exists.

"he lost control of the vehicle, colliding with the wall of a house on Peña de San Roque street, in the municipality of Tinajo ."


He was sentenced to a fine of 1,080 euros and the prohibition of driving motor vehicles or mopeds for eight months , as well as the payment of procedural costs, for a crime of driving under the influence of alcoholic beverages.