The night of August 11th–12th saw the August full moon, also known as the Sturgeon super moon. The image was collected by Rafael Sánchez's camera on the island of Lanzarote, leaving a spectacular image. 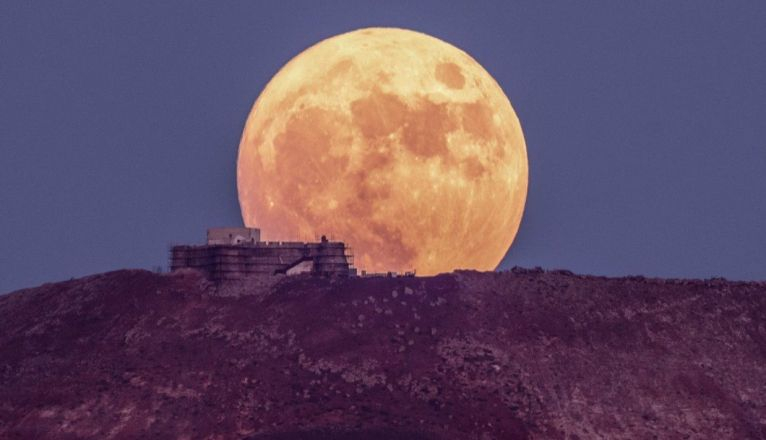 Rafael explains on his social networks that "I've been wanting this photo for a long time, to be able to take the moon over the Guanapay volcano next to the beautiful Santa Bárbara castle, an emblematic place in Lanzarote."

NASA explains that the term super moon was coined in 1979 and is used to describe what astronomers would call a perigee full moon: a full moon that occurs at the time the Moon is at its closest point to Earth, at about 363,300 kilometers away.