The crime that started in 2015 reaches a conclusion, that many will be also waiting for in the popular drug money laundering Netflix TV series 'Ozark' next year.

The First Section of the Provincial Court of Las Palmas has handed down a sentence in the case of the crime of murdering Juan Carlos Tejera, imposing 29 years in prison on the five material authors of the murder and 12 years in prison for the woman who acted as an accomplice. 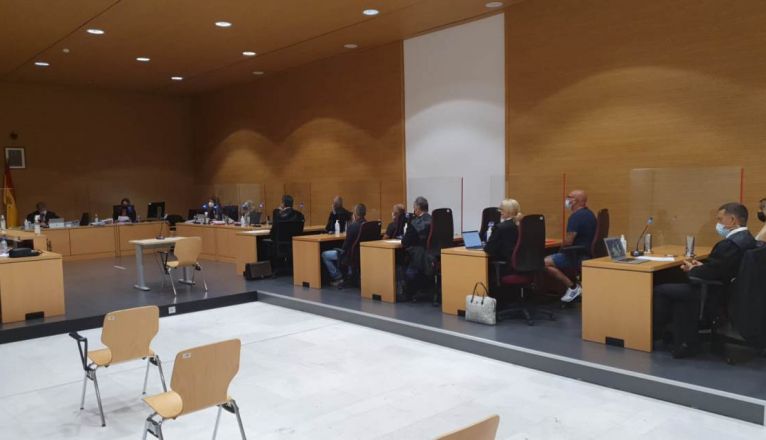 The guilty verdict has been issued by the jury and based on that, the Court has now drawn up the sentence, also establishing the penalties that correspond to each of the accused.

Specifically, it imposes 24 years in prison on José Carlos CH, Néstor David PP, Angelo DD, Juan Antonio DR and Antonio Enrique GG for the crimes of illegal detention and murder and another 5 years for belonging to a criminal organization. In the case of Tania RR, sentenced to 12 years, the judge considers her an accessory to the first two crimes.

The sentence also establishes that none of the six will be able to access any review of the sentence "until they effectively serve half of the awarded prison sentences."

In addition, it also requires them to pay compensation of 100,000 euros to the victim's partner and 18,000 euros to each of the brothers, which they must share in agreement among all the convicted.

Tracking the victim and frustrated kidnapping

As the jury considered proven, the crime began to be prepared in February 2015, when some of the defendants travelled to Lanzarote to obtain information on the victim and installed a GPS tracking device in his vehicle to keep him located at all times. .

Finally, on the night of March 12th, 2015, they intercepted him in the garage of his house, tied his hands and feet, gave him various blows all over his body and put him in the back seat of his vehicle, then they transferred him to a cave located in Montaña Mina de Arrecife, which they had prepared and in which his lifeless body was found.

During the trial, the investigators pointed out that the initial intention was to carry out a kidnapping, because they tried to steal from Juan Carlos Tejera the money they believed he was hiding from the profits that he was able to obtain from drug trafficking, a crime for which the deceased had served his sentence.

However, as a result of the violent assault in the garage, the victim suffered severe head trauma, multiple fractures and intracranial vascular involvement, which, after a prolonged agonizing period, caused his death.