"I am a believer, although not a practitioner, and Jesus saved me." These are the words of Benigno Suárez, a 52-year-old resident of Lanzarote who was hospitalised with coronavirus for 35 days. Now, after being discharged, he wanted to relate his experience with this disease and to thank the professionals of the Molina Orosa Hospital for their work, whom he considers his "guardian angels" in "those painful moments". 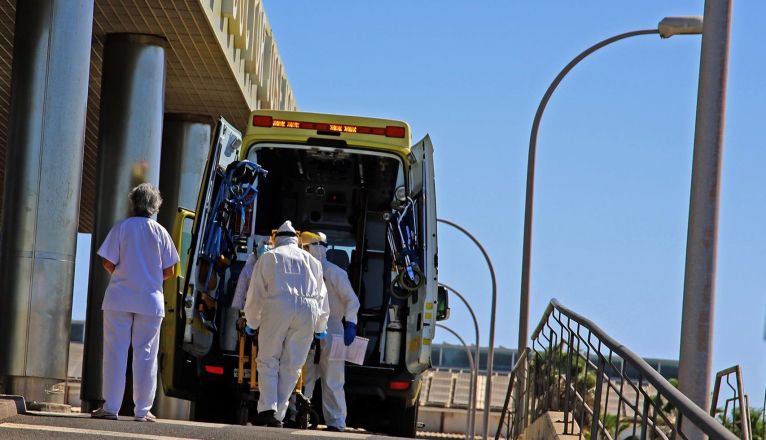 As explained on Radio Lanzarote-Onda Cero, Benigno tested positive for Covid after receiving a call from the trackers on January 4th , after he was with a friend the day before, who was also infected. "I was lucky that they warned me quite quickly," said the man and asid thanks to this, he did not infect any others.

However, after two days his condition began to deteriorate. "I started getting a lot of coughing and I was short of breath. During those days the trackers called me and the second day they called me I was in the middle of a coughing attack and they told me to call 112 and ask for an ambulance,"

Benigno was admitted to the Molina Orosa Hospital on Three Kings Day and three days later he was transferred to the ICU, where he was kept for two weeks. His memories of the time are scarce, because he was asleep almost all the time, they fed him through tubes and hydrated him. They would dip a gauze in water and run it over my lips," he explained, he also received continuous injections of medication, so many he felt like a chicken being plucked.


In the ICU, he was incubated and remembers that the tube bothered him a lot and that he even removed it. "The doctors were a little surprised to say the least, then they put a respirator on me," he said I looked like Martians in the protective clothing as you can imagine," he added.

I had forgottendid how to shower, because having been bedridden for so long" , said Benigno, who nevertheless improved little by little he until he was finally discharged on the10th of February.

"I really wanted to go out and recover," said Benigno, who missed having a little freedom and the first thing he did was go home and then spend a week with his brother, who came from Madrid I've been doing the rehab exercises, I've walked a lot and I'm feeling more or less fit. I have a little problems with balance and things like that, but I have had no coughing and they are small things, "he said.


He has assured that he had "respected the rules" and has called on those who fail to comply to "be responsible". "In part they are young people, but they have to become aware that times have changed and what we have to live differently," he said.

Finally, Benigno wanted to convey his gratitude to the workers of Hospital Molina Orosa, "from the director to the cleaning employees," although especially to Dr. José Lluch, to Dr. Cerezales, Espejo, Mari Carmen and Salomé and to the staff from the Covid plant. "They have treated me very well and are great professionals," he concluded.