The police forces are out on the streets to warn citizens and force the closure of businesses, although from the municipalities point out that no sanctions have been imposed at the moment. 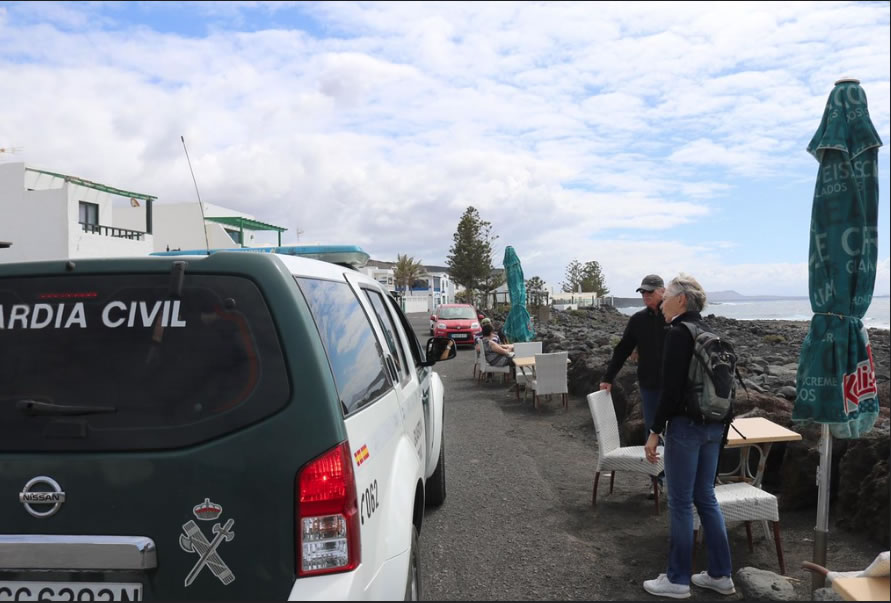 BuzzFm took a supermarket run yesterday at 8:30am to Lidl Arrecife and Spa Arrecife, our experience was exactly as predicted and orderly, police at both supermarkets, security staff advising their protective gloves must be warn, one person per trolley and timed entry from the security staff. No children allowed.

With cases now standing at 119 and 2 deaths in The Canary Islands and cases increasing at high rate in the mainland, the government have said that the 14 day Emergency could be extended and will be reviewed on a daily basis. They have also said they hope people will obey the rules of the Emergency Crisis but if there are serious breaches they will enforce stricter rules.

They expect the EU to close all borders in the next few days and supermakets are restricting their hours and enforcing the one metre rule, no bulk buying and sanitary measures to protect their customers and staff. The government are also watching price increases and have the power to intervene if necessary. The police also raided a clincial mask manufacturer in the mainland and seized the them for use only to health workers and staff working on the front line.