The PSOE of Teguise has demanded that the mayor, Oswaldo Betancort, "break with the past and recover the urban legality and dignity of Costa Teguise and remove structures that are the product of the granting of licenses granted knowingly of their illegality by the mentor and predecessor of the current mayor ", Juan Pedro Hernández. 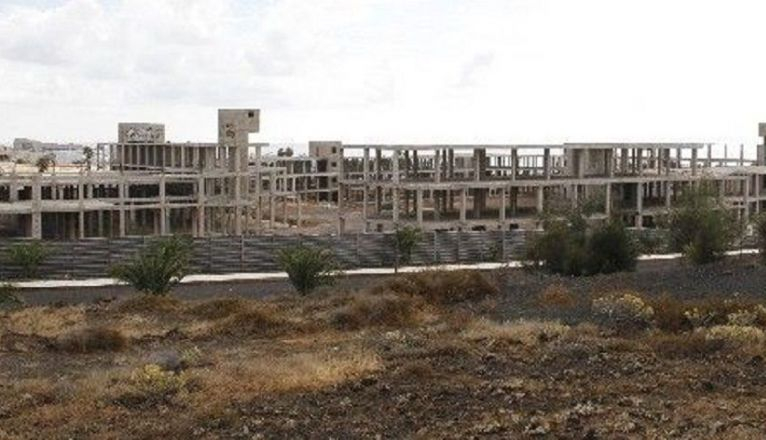 This was requested by the socialist spokesman, Marcos Bergaz, during the plenary session held this Tuesday, in which "after more than two months since the request of the socialist group, the nationalist Oswaldo Betancort has appeared to explain the judicial warnings to his pocket for not knock down several urban skeletons whose licenses were declared invalid by the courts more than a decade ago".

"It should be remembered that in view of the 'passivity' shown by the current alderman, the Superior Court of Justice of the Canary Islands notified the mayor on January 18th with possible fines of one thousand euros per month charged to his assets, if he did not explain the reasons why the 2007 sentence that decrees the nullity of the license of plot 242-B of Costa Teguise has not been executed".

During the plenary session, the PSOE has once again underlined that it is "urgent to put an end to the eyesore, the strange excuses used by the government headed by Betancort being inadmissible, speaking of the cost of said demolition or the absence of personnel in the City Council to commission a demolition project that, by the way, was able to contract due to judicial warnings a few days later, as we made known to public opinion".

"The mayor's flight forward has even led to pointing out that the PSOE is responsible for the scourge of the eyesore, when it is known by all that the former municipal councilor, Juan Pedro Hernández - from whom Oswaldo Betancort took the witness -, was sentenced for knowingly granting several illegal licenses that allowed the construction to begin, which were stopped by the due action of a court," says the socialist leader.

For Costa Teguise and its citizens is the bad image, the social problem and the loss of competitiveness that they cause in the main tourist town of the municipality, after years of unfulfilled promises and the passivity shown by this government Bergaz points out.