Arrecife has held its traditional Three Wise Men Parade, the route of just over an hour and a half, which took place from the Municipal Archive to the Fairgrounds, before the excited and attentive gaze of many citizens who showed exemplary behavior. 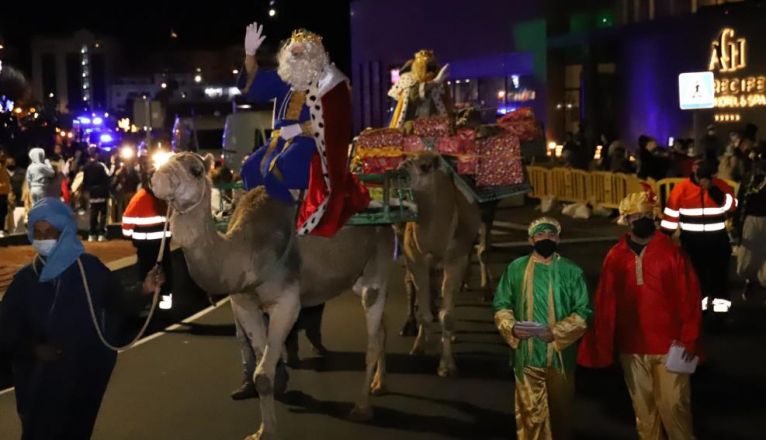 The Mayor of Arrecife, Astrid Pérez, on her behalf and on behalf of the entire Corporation, thanks the citizens “for the civic and responsible behavior maintained throughout the entire length of the Parade. I want to congratulate each and every one of the attendees because this traditional parade, and without sweets this year, has been a success and has given back the illusion to the young and old ”.

The parade ended with the traditional fireworks that lit up the sky over Arrecife. After the parade, the cleaning services acted swiftly leaving the Avenida Marítima clean and shiny for another day.