Agents of the Cabildo Environment have travelled to the area this Monday morning to open an investigation into what happened and find the culprits "of such an aberration." According to Law 4/2017, on Land and Protected Spaces in the Canary Islands, this attack is considered a very serious infraction that will be sanctioned with a fine of between 6,000 and 600,000 euros . 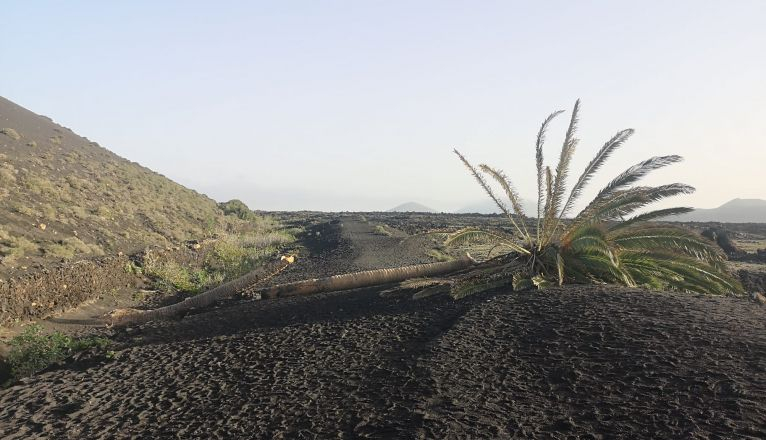 This palm tree had become one of the most curious attractions on the island, with photographs of people climbing the trunk to share them with followers on social networks. The Cabildo recalls that, given that the visits to this place did not stop growing, the institution decided last July to pronounce itself through its Environment page with the following phrase: "Respect and be sensitive and do not repeat the same photo for a few more likes on social media”.

The quoted phrase was accompanied by several pieces of advice. One of them pointed out the following: “Please, do not climb the palm tree. The Canary palm tree is considered a plant symbol of the Canary Archipelago and has specific protection. Specifically, it is prohibited to alter or destroy specimens of Canarian palm trees that are in the wild.

Finally, the Cabildo calls on the entire population "so that we actively commit ourselves to the conservation of our natural heritage , rejecting and denouncing those behaviors that have the intention of attacking it, either due to ignorance or bad faith."