The tour operators Intercruises, MTS and TenTravel, who are in charge of transferring cruise passengers from the pier to the centre of Arrecife, confirm that there is the possibility of "sending tourists to Costa Teguise", 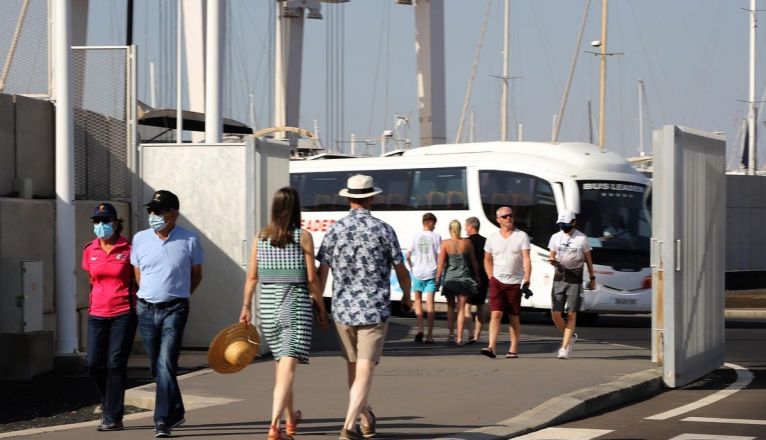 In addition, they maintain that they have only been given the alternative of parking the buses "at the Kopas nightclub", in the Arrecife Marina, claiming that this is "the entrance to Arrecife! . "

The problem began more than a month ago, when they held a meeting with the Chamber of Commerce and the Arrecife City Council. Hellquist said that the Councilor for Tourism and Commerce, Armando Santana, informed them that the Ginory stop would be disabled and moved to the entrance of the Arrecife Marina . "It's a bit of a crazy concept, because we're talking about a private shopping centre , " he says.

For this reason, they have made the decision to contact Costa Teguise to "send the buses there." Hellquist assures that from Costa Teguise "they have welcomed us", and that they will have to inform the cruise lines about this possible alternative . “This is business for them and for us. It is work, they are jobs ”,

This possibility of the change is because they have no other option in response to the attitude of the Arrecife City Council, which has not given them alternatives”. "We can only think that they do not want tourists," says Cristian Hellquist.