The Federation of Hospitality and Tourism Entrepreneurs of Las Palmas (FEHT) has asked the Government of the Canary Islands to adopt new measures to fight Covid-19, especially at alert level 2 , in which the islands are now Gran Canaria and Fuerteventura. And, in the opinion of the employers are "necessary to reverse, urgently, the worrying situation, caused by the rapid increase in infections on the islands." 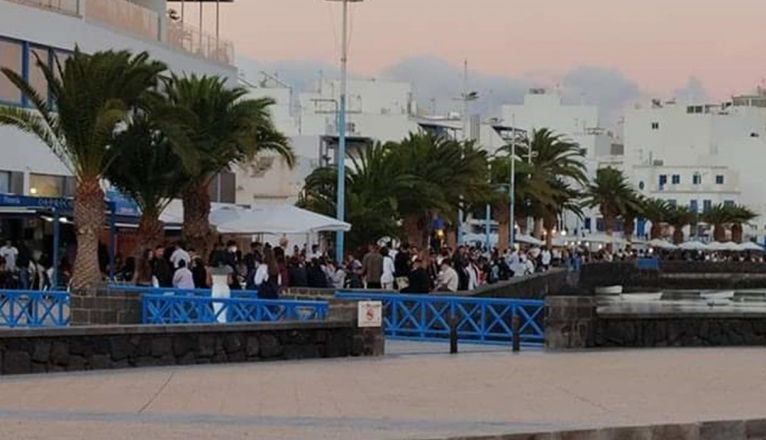 In a long session, the Board of Directors of the FEHT approved, unanimously, to submit to the government of the Canary Islands, through the Technical Board of Health, a series of measures of necessary implementation, together with those already existing, which "are being revealing insufficient, given the new escalation of infections, mainly caused by the uncontrolled practice of drinking bottles and uncontrolled night meetings of young people in public spaces (beaches, parks, etc.) ".

"The problem is caused by the omission on the part of the aforementioned group, in the observance of the necessary health safety measures, such as the use of a mask, keeping the necessary interpersonal distance, all of this caused by the easy access to alcohol consumption, by its sale in small shops after hours.

The FEHT considers that, until now, the weight of the restrictions has fallen especially on the hospitality and tourist accommodation sector, "without having taken additional measures to tackle the problem of this activity of young people in public spaces, ultimately causing of the outrageous increase in infections ". Thus, this petition is aimed at that objective, urging its urgent adoption, "if we want to avoid this situation reaching a point of difficult reversal."

In this sense, the measures approved by the Board of Directors have been to establish a curfew, also at level 2 of the health alert, starting at 00:30. However, it should be remembered that this Wednesday the TSJC has rejected the imposition of a curfew on islands at level 3 and 4 as the regional government intended.

Likewise, the tourist employers' association requests the effective closure, also during alert level 2 (and not only during levels 3 and 4), starting at 10:00 p.m., of public spaces susceptible to crowds and holding "large bottles ”.

In this sense, it also requests that there be "strict compliance and special vigilance" of the prohibition of the sale of alcohol in retail stores after 10 pm and insists on the need to reinforce the staff of the Local Police in tourist areas , during the summer season, with members of the Canarian Police, for "effective surveillance and enforcement of sanitary measures."

In addition, it demands that the urgent vaccination of the accommodation sector staff be promoted, considering it as a priority group for this purpose, so that it offers the tourist user a guarantee of confidence, taking into account the necessary direct dealings with it.

The FEHT also requests that the interior terraces of shopping centers be considered as exterior terraces , in order to apply the same measures in terms of capacity and number of diners per table. "The fact that these terraces are located in practically open spaces, with ceilings of considerable height, more than justifies the measure requested," says the tourist association.

Its requests also include the conciliation of some aspect of the drafting of the Resolution of July 8, 2021, regarding the capacity of the common areas of tourist accommodation establishments, advocating the FEHT for the suppression of the capacity in the exteriors and the need for the National Police to collaborate actively, also in monitoring and demanding compliance with the decisions that, in this area, the Government of the Canary Islands has been adopting.

The FETH appeals "to the sensitivity" of the Government to the current pandemic situation that the islands are going through to adopt the requested measures.