36.7% of the target population of Lanzarote has already received at least one dose of the Covid-19 vaccine and 14.5% have already completed the vaccination schedule, according to data provided by the Health area of the Island. In addition, Lanzarote has already begun to vaccinate those under 50 years of age. 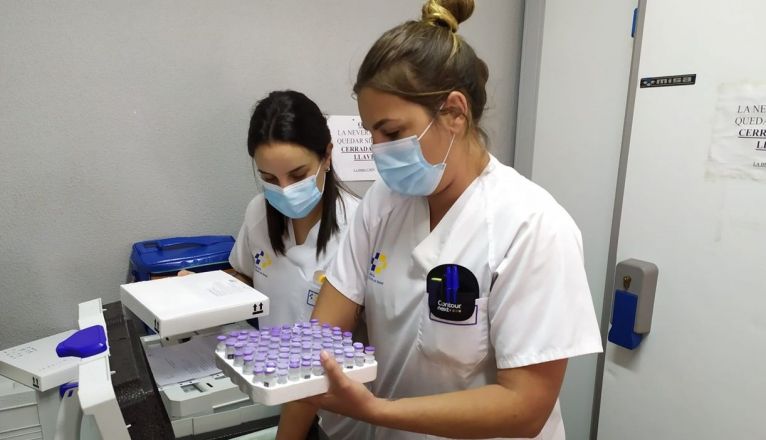 Specifically, Health sets the island's “target population” at 130,577 people, from which those under 16 are excluded. Of this, 48,092 people have received at least one dose and 19,001 people are already immunized, after having received the complete guideline . Thus, since the start of vaccination, a total of 67,093 doses have been administered in Lanzarote.

By age, the percentage of vaccination exceeds 100% in those over 80 years of age. And it should be remembered that in addition to the officially registered population, residents of the island who do not have their health card in Lanzarote are also being vaccinated.

Vaccination in people under 50 years of age

As confirmed by the Health area of Lanzarote, in some areas of the island such as Arrecife, San Bartolomé or Teguise, people between 40 and 49 years have already been vaccinated, starting to cite from oldest to youngest. This group, as they have specified, is younger than that of 50 to 59 years, so it is expected that in "about two weeks" the administration of the first dose may have already been completed.

By now, 13.3% of people between 40 and 49 have received at least one dose and 4.5% are immunized. And it is that, among them, there would also be health workers, social health workers, members of essential groups or people with high-risk conditions, who were part of the previous vaccination groups. Therefore, there is also a percentage already vaccinated in the lower age groups.

Specifically, from 30 to 39 years old, there is already 9.8% of the population of Lanzarote that has received the first dose and 4.2% who have the full schedule, while in those between 20 and 29 years old they are a 3% those immunized and 6.4% those with at least one dose. Likewise, there is 0.2% of the population between 10 and 19 years of age on the island who already have at least one dose and 0.1% who have received the full vaccination schedule.

Of the people cited until this Wednesday to be vaccinated against Covid, 1,734 did not get the vaccine . However, from the Health area of Lanzarote it has been specified that "there are few" who have not wanted to get the vaccine, stating that most are cases of people who, due to some disease, have not been able to receive it at that time.

Vaccination figures in the Canary Islands

In the Canary Islands as a whole, as reported this Friday by the Minister of Health, Blas Trujillo, 922,090 doses of vaccines against Covid-19 have already been administered out of the 1,000,270 received, which represents 92.18% of the arrivals to the archipelago.

Until this Thursday, the immunization of 294,961 people had been achieved , so that 15.76 percent of the target population (1,871,033 people) of the Canary Islands has completed their vaccination schedule , having already received two dose of the vaccine. Likewise, in the archipelago there are already 643,351 people who have received at least one dose of the vaccine, that is, 34.38 percent of the target population.