A 54-year-old woman was injured in a collision between two vehicles that took place this Thursday in the Rambla Medular de Arrecife. 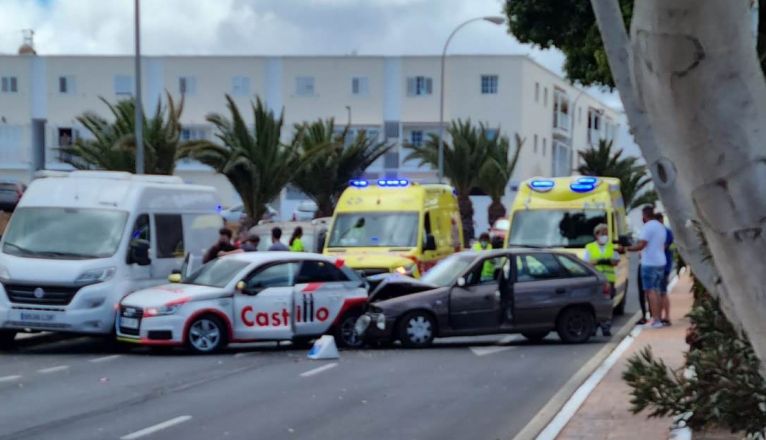 The accident occurred around 3:25 p.m. and one of the vehicles involved was a driving school car.

After receiving an alert of what happened, agents of the Local Police and two ambulances of the Canary Islands Emergency Service (SUC) travelled to the area.

Health personnel assisted the injured woman, who had mild neck pain, and was transferred to the Molina Orosa Hospital.